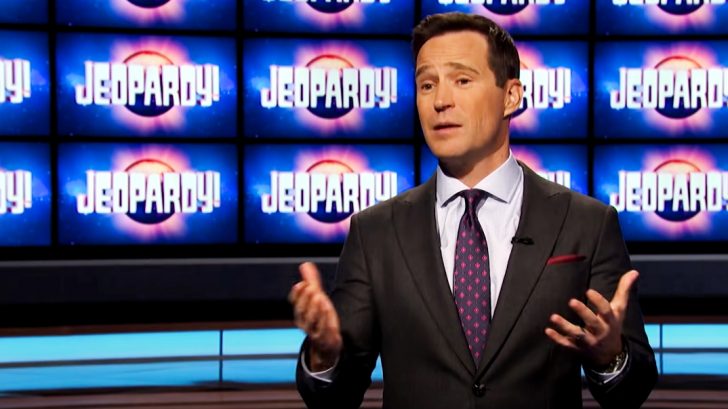 Just 9 days after he was announced as the new permanent host on this beloved hit TV game show, he was forced to step down from that position after a series of past instances of misconduct resurfaced in the media.

Richards voluntarily resigned from the role as host, but Sony Pictures Television later allowed him to remain on as an executive producer of both Jeopardy! and Wheel of Fortune. Both decisions came after his past lawsuits from work on The Price Is Right along with offensive jokes made on a podcast were brought up in the media.

Clair McNear with The Ringer wrote an article about the misconduct allegations against Richards and detailed the remarks he made on a podcast called The Randumb.

In it, she describes how all episodes of the podcast were scrubbed from the hosting site just hours after the publication had asked for comment on the show from Sony Pictures Television and his agent.

Two hours after we asked Richards and Sony about the podcast, all episodes were wiped from the internet and the hosting site, https://t.co/RQsynWh1KT, was deleted. pic.twitter.com/kYqEuGIpae

The comments he made on the show spiral downward from there adding insults, mean-spirited remarks, and even some phrases that could be seen as anti-Semitic.

“It is humbling to confront a terribly embarrassing moment of misjudgment, thoughtlessness, and insensitivity from nearly a decade ago. Looking back now, there is no excuse, of course, for the comments I made on this podcast and I am deeply sorry. The podcast was intended to be a series of irreverent conversations between longtime friends who had a history of joking around. Even with the passage of time, it’s more than clear that my attempts to be funny and provocative were not acceptable, and I have removed the episodes. My responsibilities today as a father, husband, and a public personality who speaks to many people through my role on television means I have substantial and serious obligations as a role model, and I intend to live up to them,” Richards said to The Ringer in a statement.

His lawsuits, from the time spent with The Price Is Right, paint a similar but darker picture.

Last week Mike Richards wrote that lawsuits from The Price Is Right didn’t “reflect the reality of who I am.”
I went looking for who he is, talking to current and former colleagues and listening to a podcast he hosted at Price. What I found was troubling. https://t.co/A8AEsPHCMA

Cinthia Littleton from Variety summarizes the lawsuits perfectly: “In 2010 and 2011, multiple models working on “Price Is Right” accused Richards and others of discriminating against them for becoming pregnant while working on the show. He was accused of making disparaging remarks about some of the women and for taking steps to freeze them out of the series.”

Because of all this blowback within a fortnight of Richards being announced as the new host, he voluntarily left the show – quitting in hopes that it would not stand in the way of the show’s success.

Sony Pictures Television previously stated that they were not aware of the podcast’s existence until the piece by McNear was published – and added that they “hope that as EP he will continue to [lead Jeopardy!] with professionalism and respect.”

Just days later and the New York Times reported that Mike Richards was allowed to retain his position as Executive Producer with the requirements that he undergoes sensitivity training.

But, in yet another twist, he has now been released from his Executive Producer role on the two shows he was working on: Jeopardy! and Wheel of Fortune.

Variety reports that Mike Richards was fired by Sony and the news was revealed to staff in an internal memo that said they “Hoped [Richards resignation as host] would have minimized disruption and internal difficulties” but, it continues, “That clearly has not happened.”

Reported claims state that morale fell to new lows after Richards was appointed as host and continued to deteriorate after the sexual harassment lawsuits and off-color comments came to light.

As of now, the five episodes featuring Richards as host, are set to kick off the upcoming season which starts on September 13th, 2021. No announcements have been made as to whether that will change or remain in place.

Read the leaked internal memo below.

JUST IN: Mike Richards out as Jeopardy and Wheel of Fortune EP, per note to staff from Suzanne Prete, Sony EVP, Business and Strategy pic.twitter.com/FsTp2dW7IY