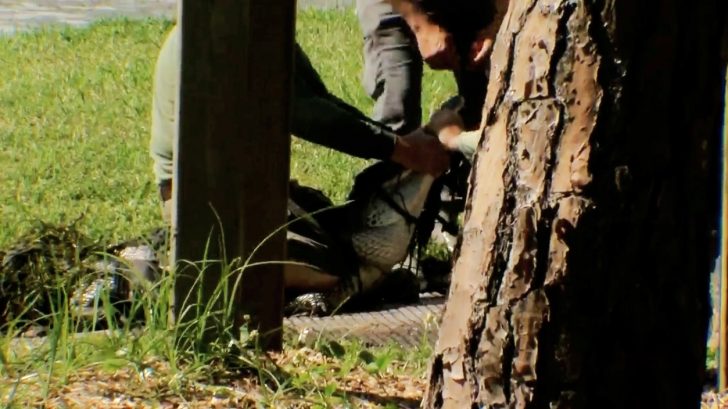 Authorities said a man who was looking for frisbees along a lakeshore in Largo, Florida is suspected of being attacked and killed by an alligator after locals found his body.

Officials said the individual was a 47-year-old man but his name is not immediately being released because authorities want to notify his family first.

“At this time, detectives believe the victim was looking for Frisbees in the water and a gator was involved,” the police said, according to USA Today. “There are posted signs of no swimming in the lake.”

Contracted nuisance alligator trappers caught and euthanized the suspected gator and authorities say a necropsy will be performed to determine to see if the alligator was the one that attacked the man.

“Our sincere condolences go out to the family and friends of the deceased,” USA Today reported Florida Fish and Wildlife saying.

This is not the first time a person has been attacked and an alligator had to be euthanized at Taylor Lake. In 2020, another man was picking up discs near the lake and was bitten in the face by an alligator.

Video On The Gator Story Below