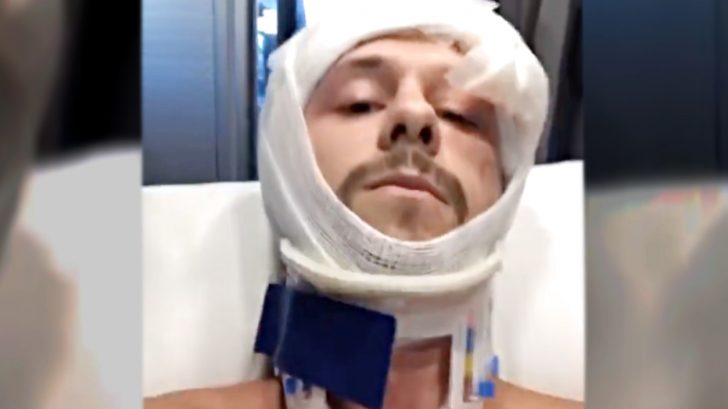 A man was attacked by an alligator while diving along the Myakka River in Florida.

The recovering Tampa native, Jeffrey Heim, opened up about his near-death experience in an interview with ABC Action News. During the conversation, Heim still had a large bandage wrapped around his head.

“I thought I got hit by a propeller; it hit me so fast,” Heim explained. “It felt like a boat was going 50 mph.”

The alligator attacked Heim mere moments after the diver entered the water to search for shark teeth. During the incident, the alligator bit Heim on his head and hand. The diver suffered a skull fracture and received 34 staples.

“Because of the bite force on those animals, he could have got me anywhere else and I would have died,” Heim admitted.

The Tampa citizen is an advocate for marine life and admits that he should have known the dangers of diving. According to Florida Fish and Wildlife, May and June is alligator mating season, and the animals are much more aggressive.

“I’ve never cried so much in my life,” the diver revealed. “And not from the pain, just from the realization of what I’ve gone through and how I was literally an inch away from death.”