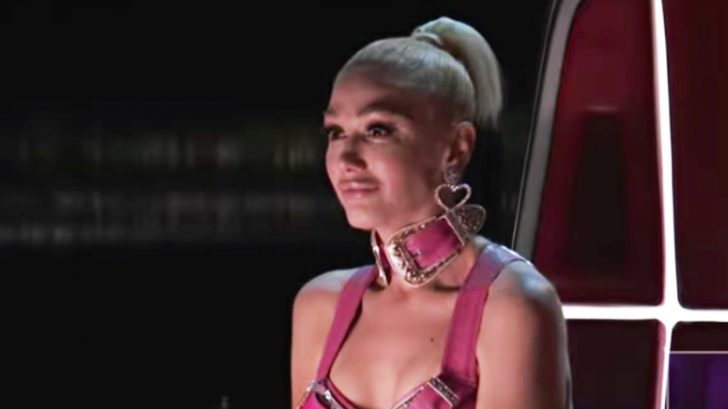 Gwen Stefani burst into tears during Monday night’s semifinals of The Voice.

Carter Rubin, the youngest remaining contestant from this season of The Voice, gave a stunning rendition of “Rainbow Connection” from The Muppets Movie. The 15-year-old singer also touchingly dedicated the song to his brother, who has autism.

During the performance, the camera panned to Rubin’s coach, Gwen Stefani, as she became emotional. The “Just A Girl” singer wiped her eyes after Rubin’s tribute, and Stefani admitted that she has often sung “Rainbow Connection” to her children.

“That was flawless,” Stefani praised. “That was God answering my prayers…You’re so gifted, you’re so intuitive, your heart is full of music. I’m so honored that you picked me and I’m crying and I’m so happy and I love this frickin’ show. Congratulations!”

“Rainbow Connection” was written for the 1979 film The Muppets Movie, and peaked at No. 25 on the Billboard 100. Fans might also recall Willie Nelson’s version of the song, which was record for his 2001 album.

Also, check out the teenager’s blind audition at just 14-years-old! Would you have turned around for Rubin? Watch the video below to decide!