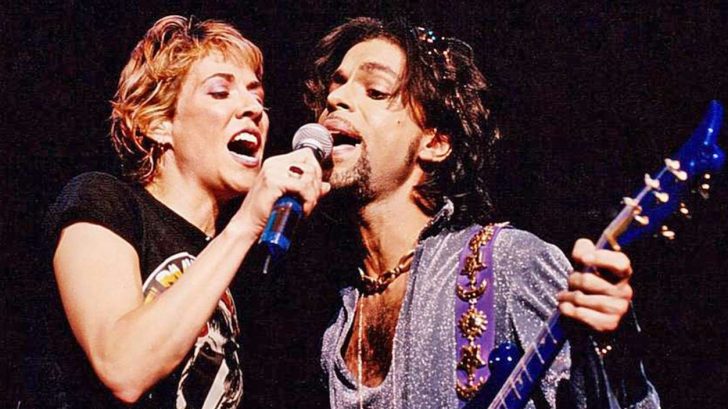 For centuries the world has been introduced to a whirlwind of legendary artists. Genre to genre, there are always songs that stick out above the rest – leaving their mark on the booming industry. But every now and again there is a song that breaks genre barriers and is turned into something truly special. In 1996, we got just that.

Superstar Sheryl Crow released her 1996 single “Everyday Is a Winding Road” with tremendous national and international success. Making its way onto seven U.S. charts, Crow had begun to make a big name for herself.

Fast forward to 1999 and Crow was on the road with a series of legendary artists for the Lilith Fair Tour. The festival included several female country acts not to mention appearances from Willie Nelson and Bob Dylan.

But one of the most memorable duets went down when Crow took the stage in a vintage David Bowie T-shirt and leather skirt while Prince casually stood by her wearing his famous purple getup. Prince began playing his royal blue guitar as Crow stunned the audience with the opening verses. Little did the audience know – this solo performance was about to become the duet of a lifetime.

Prince started making smirks toward Crow as he inched closer and just in time for the chorus, the icon and the star came together in harmony. Not to mention, their chemistry on stage was undeniable. These two took Crow’s song to the next level with their high-energy. The crowd was going wild!

This wouldn’t be the first time Prince collaborated with a country artist either. Back in 1986, Prince wrote the song “You’re My Love” that Kenny Rogers recorded for his album, They Don’t Make Them Like They Used To. Even more fascinating, Prince wrote the song under the name “Joey Coco.” The iconic artist used pseudonyms to keep away notions about what people thought his songs should sound like or what fashion to be produced in.

Kenny Rogers – They Don't Make Them Like They Used To

To this day, many people don’t realize that Prince wrote a handful of songs under a completely different identity.

Nonetheless, Rogers was thrilled about his song even admitting that Prince was one artist he had yet to see live but would’ve loved to.

Prince was a true character who broke through all stereotypes and genres to follow his dreams in music. He will be honored forever!

Check out the powerful performance by Sheryl Crow and Prince below.