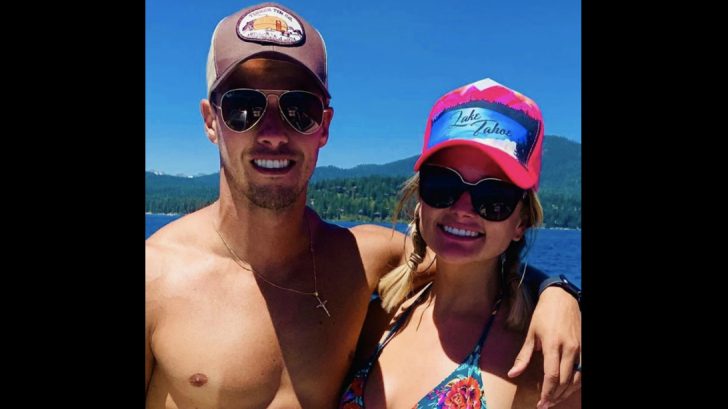 In the summer of 2019, Miranda Lambert and her hubby looked happier than ever as they vacationed at Lake Tahoe. Lambert was in town to perform at the Lake Tahoe Outdoor Arena at Harveys, and took a little bit of extra time to enjoy the tourist destination.

The then 35-year-old country superstar shared photos of her Tahoe downtime on social media, including a picture of herself donning a floral bikini alongside her shirtless hubby, Brendan McLoughlin. “Lake Tahoe ❤️…a great show and a few really cool days off!” Miranda captioned the photos.

The vacation photos came just a few days after PEOPLE confirmed that McLoughlin, a 28-year-old New York City police officer, had taken a leave of absence from his job.

“Police Officer Brendan McLoughlin is on an authorized leave of absence,” a representative with the NYPD’s Office of the Deputy Commissioner Public Information told PEOPLE. The NYPD could not discuss specifics of McLoughlin’s leave, but I’d say that officers can take leaves for various reasons, including personal reasons.

Lambert was set to kick off her Roadside Bars & Pink Guitars Tour in September 2019, but it was unclear if McLoughlin would be joining her on the road. One thing was for certain…..the couple seemed to thoroughly be enjoying the newlywed life. Miranda used her hot new love to tease her new single, “It All Comes Out In The Wash,” the day before it’s release. The tease was released on Lambert’s social media page and included a video showing McLoughlin doing laundry.

“It All Comes Out In The Wash (board)”. Tomorrow 6am ET#putthatsuckeronspin ???‍♀️?? house husband shirtless promo vol 1. #NYPD #ihadto #hotcop #NEWSONG #yourewelcome

Check out Miranda Lambert’s new single in the video below.