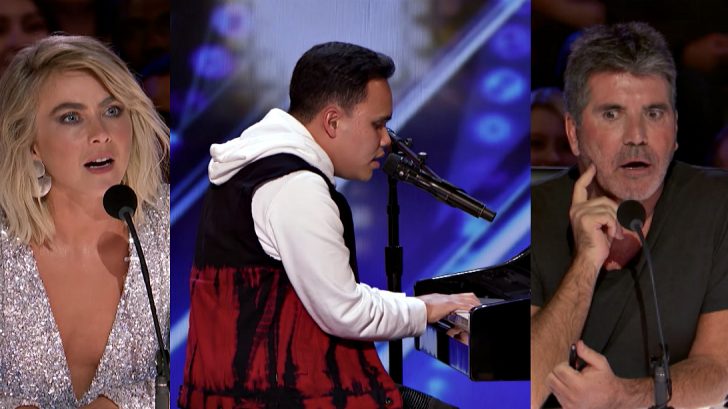 Kodi Lee is a 22-year-old singer and pianist who is also blind and autistic. Lee is one of only 25 people in the world who possess the extraordinary ability to remember a song after just one listen, according to his website. His audio photographic memory paired with his incredible musical abilities is a rare gift that he wants to share with the world.

Kodi has been sharing his music for years, but perhaps reached his largest audience with his very first AGT appearance. The musician was joined on stage by his mother, Tina, who explained, “We found out he loved music really early on. He listened and his eyes just went huge and he started singing.” She went on to explain that music basically saved her son’s life.

“Through music and performing, he was able to withstand living in this world, because when you’re autistic, it’s really hard to do what everybody else does,” she explained. “It actually has saved his life, playing music.”

Tina then helped Kodi make his way to the piano. The audience was silent as they waited. As Kodi began to play, it was evident that he is indeed talented. But, no one was quite prepared for what happened when he started to sing Leon Russell’s “A Song For You.”

The audience and judges were mesmerized and overcome with emotion as Kodi performed. Rookie judge Julianne Hough didn’t even try to hide her tears, and the amazement was evident on the faces of veteran judges Howie Mandel and Simon Cowell.

Cowell was the first one on his feet as Kodi’s performance concluded, quickly followed by everyone else in the room. The former American Idol judge praised Kodi and his mother, saying, “What just happened there was extraordinary. I don’t know what it’s like to live in Kodi’s world. All I can tell is that you obviously have an amazing relationship, the two of you.” Cowell added that it was a moment he will remember for the rest of his life.

First-time judge Gabrielle Union agreed with Cowell and gave Kodi the coveted Golden Buzzer which allowed him to skip additional rounds of competition and jump right to the live shows, which took place in the summer of 2019. As confetti rained down around Kodi Lee and his mom, his dad and siblings ran to the stage to congratulate him. Kodi clapped and cheered as he cried tears of joy, along with the rest of us.

We couldn’t agree more with Simon Cowell…this was a moment that we will remember always. Kodi ended up winning the entire season of America’s Got Talent, winning over fans and the judges again and again each week. Watch Kodi Lee’s moving America’s Got Talent audition in the video below.