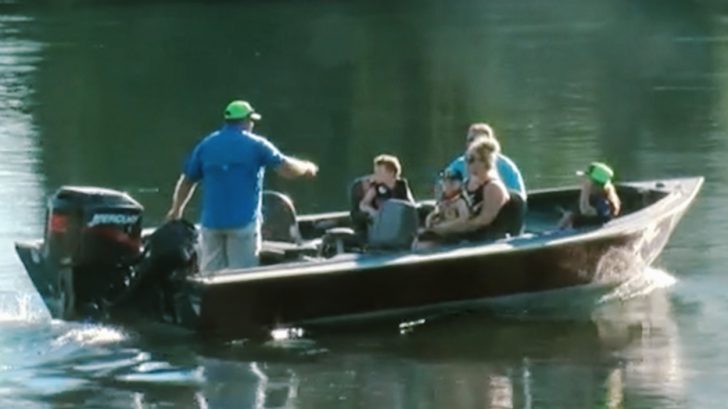 Jon Kenyon, a California fisherman who has been fishing in the Sacramento River for more than 15 years, was startled when he reeled in a live pipe bomb. Jon was with his father-in-law when it happened and he told the story.

“We thought it was like an anchor and so we put the net away and got the line up. We got it right into the boat and realized. My father-in-law was like ‘It’s a bomb. Everyone get to the front of the boat,’” Jon told Local 12 News.

The men called the police and waited for them to get there. As they waited, another fisherman came floating by in a boat saying that he too had just reeled in a pipe bomb.

After officials arrived on the scene, a bomb squad was called to come out and they confirmed that both pipe bombs were still live. Too dangerous to move, they destroyed them safely on site. The authorities have not expressed their thoughts on where they think the bombs came from but Jon says he has an idea.

Jon said, “I think that they’re probably trying to blow up salmon and knocking ’em out and having ’em float up. That’s what I think.”

A warning was issued to all fishermen by the Shasta County Sheriff’s office to stay away from the area for now because there may be more undiscovered pipe bombs.