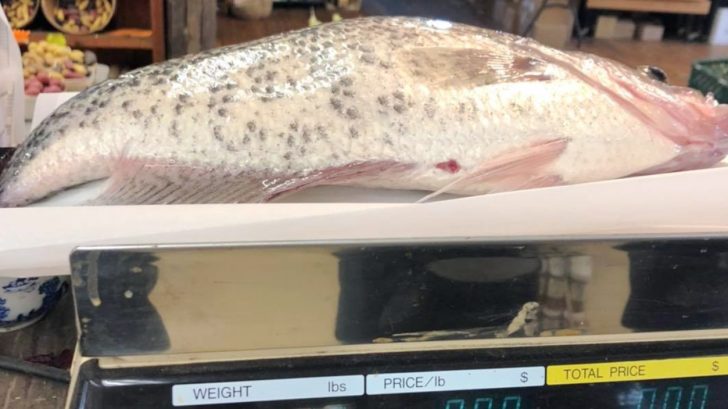 62-year-old New York resident, Roy Isaac, has a pending record-breaking crappie that was caught on August 21 and weighs a hefty 4.42 pounds.

The fish was caught at Sleepy Hollow Lake and at first glance, a wildlife officer believed it to be a white crappie. However, samples have been taken and the species of the fish will be confirmed later this week.

“My jaw dropped when I saw the crappie…I’ve never seen anything like it,’” a member of the Sleepy Hollow Lake’s management committee and longtime resident Len Greer said, according to Field & Stream.

Sleepy Hollow Lake is on a private residential community and Isaac was able to fish at it because his friend Abb lives there. He says he regularly takes his seven and 14-year-old son there to fish because there’s big fish in the lake, plus it’s safe and clean.

The fisherman said he had 4-pound-test with an ultralight panfish rod and reel combo and used a live minnow for bait. He sunk it at a depth of 25 feet before slowly bringing it up when the fish bit down.

“All of a sudden, I got a hit,” he said. “But then nothing really happened. So I started bringing the bait up. As soon as I got it closer to the shore, the fish saw me and took off. It was a good thing I had my drag set right.”

Isaac said, at first, he thought it must be a big bass fish by the strength of its tug, but when it breached the surface of the water, he saw it was a crappie.

“It was a nice fight on 4-pound-test, believe me,” he said. “That boy had been there a long time. He was so thick and so big for a crappie. To get big like that, that fish had been eating pretty good.”

See Photo Of The Fish On The Scale Below