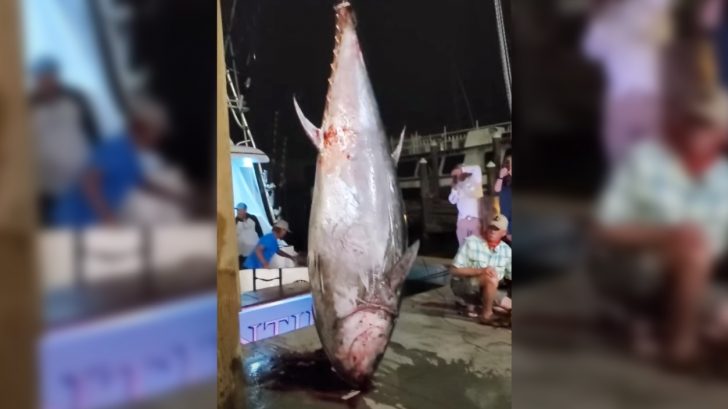 According to the Center for Sportfish Science and Conservation, Troy Lancaster has officially been entered into the record book for capturing the largest Bluefin tuna in Texas.

The Bluefin was caught on April 13th, 2021, and after measuring its size, weight, and collecting samples, the fish was officially recognized by the Texas Parks and Wildlife on the 30th. They shared a screenshot to Facebook showing all the Texas state records and Troy was official on there.

The 876-pound tuna was caught while fishing near Port Arnasa in Texas, and it beat the previous record caught back in 1985 by a man who reeled in an 808-pound tuna.

It’s likely that his catch will not be beaten for a long time, however, there are definitely anglers out there trying already. See, what makes this fish even more rare and harder to catch compared to others is the fact that it’s protected by federal laws.

According to the law, fishermen are prevented from intentionally catching a Bluefin tuna while in the Gulf. However, anglers are allowed to pay for a special permit granting them permission to catch one larger than 73 inches, but only if it was caught unintentionally. Troy’s was unintentional, so he got to bring this bad boy in to be processed.

Check out raw footage of the fishing boat unloading the fish below.