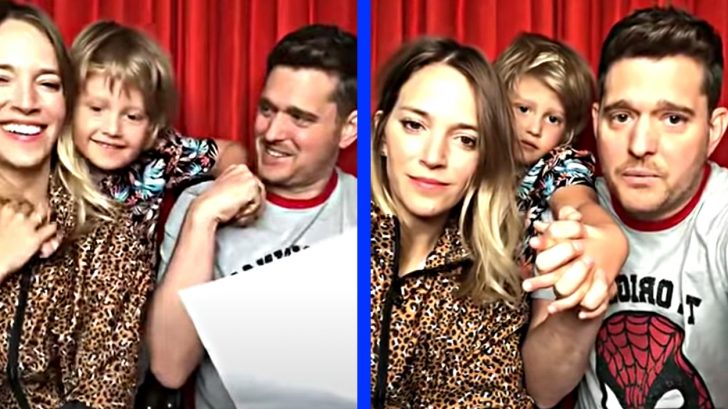 For the first time since beating cancer, Michael Buble´’s eldest son, six-year-old Noah, made an appearance on their video stream and it was the cutest thing ever!

Noah was diagnosed with liver cancer when he was just three years old but has since gone into remission.

Michael and his wife were left devastated by the 2016 diagnosis and prompted Michael to put music on hold indefinitely. Michael took a break from music and social media to solely focus on his son’s well-being. Thankfully, Noah was given the all-clear and Michael was able to go back to doing what he loved, performing music.

Here’s the schedule for my daily live stream with @luisanalopilato! See you at 2pm PT on my Facebook page and on her Instagram! #StayHome

As the couple joked about their days beginning to blend into one, they noticed Noah just off-screen and invited him to come say hi.

You can hear little Noah’s sweet voice off-screen requesting that his dad play a song on his little guitar and Michael happily obliges as Noah climbs up on his mom’s lap. Michael plays a snippet of the pop song “Señorita.”

After playing the song, Michael and Luisana, speaking English and Spanish, ask Noah why Friday is his favorite day and Noah replies, “Because I get candy…” Michael denies this and reminds him it’s his favorite day because the kids get to sleep in their parents’ bed.

So amazing to see Noah doing so well! He’s such a little cutie!

Watch the video with Noah and his parents below.