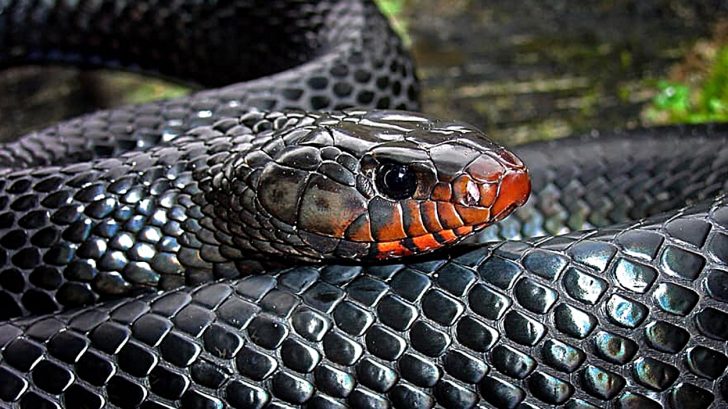 After 14 years of attempting to reintroduce the once extinct eastern indigo snake back into Alabama, a team of wildlife experts have finally found evidence that the snake is reproducing in the wild on its own.

A seven-month-old baby eastern indigo snake was found in the Conecuh National Forest of Escambia County, Alabama. It was the first time since 1954 that biologists found proof that the snake was breeding. The species almost died out completely due to habitat loss, hunting, gassing and collecting them as pets, however, this proves they’re making a come back.

“We’re releasing these snakes that are all generally about two years old, with the hope, and the expectation that eventually the snakes will survive from year to year and breed in the wild,” Jim Godwin, a biologist from the Alabama Natural Heritage Program at Auburn University, told AL.com.

Over 160 snakes have been released into the wild since 2010, all of which were tagged so if found again they’d know it was a released snake. This seven-month-old baby that was caught in the wild didn’t have a tag. Plus with it being so young they knew for sure the eastern indigo was reproducing.

“It’s very exciting for us to find this young snake that confirms one measure of success that we’ve been after all along.” Jim Godwin added, according to AL.com.

The reason the program started reintroducing the snake back into the wild is to restore Alabama’s longleaf pine forest ecosystem that is 3 percent of what it historically was. The eastern indigo snake isn’t venomous but it is the largest snake that’s native to North America and one of the top predators in the woods. The snake can grow up to nine feet long and it eats smaller animals, including other snakes like the venomous copperhead and rattlesnake.

We are beyond excited to announce this year's Indigo Snake and Wildlife Festival at Conecuh National Forest! To get you geared up for the big May 4th event, let's take a look at last year's snake release! (Video shot and edited by Denise Rowell, USFWS)http://outdooralabama.com/node/2240