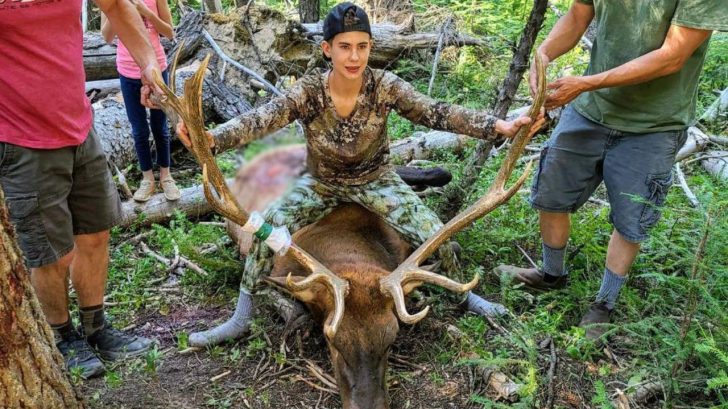 For one, it was his very first elk hunt with his family. Another reason the day was unforgettable was because he snagged a 6X8 trophy bull elk.

“6X8” refers to the antler point size. According to Harriganland.com, “Antler points are one measurement used to size up an animal,” adding, “In the eastern USA, hunters add all the points together. The Western count typically only counts a single side of the antler spread.”

Utah has become the destination of choice for trophy #elk. Porcupine Adventures guides hunters on private lands that are carefully managed to product trophy bull elk and have boasted a success at 90%+. Mule #deer are also "world-class" in #Utah. https://t.co/4BoOuxDPM5 pic.twitter.com/AsqLvZ351X

In this instance, the elk Rigert killed is 6 points on one side and 8 on the other.

According to Oregon Live, Ryder and his family were bow hunting in northeast Oregon when they heard multiple elks calling, so they all spread out to look for them. Ryder and his mom, Danita, partnered up to look for the elks and came across the 6X8 trophy bull elk when young teenager dropped him.

See the photo below of Ryder showing off his hunt.