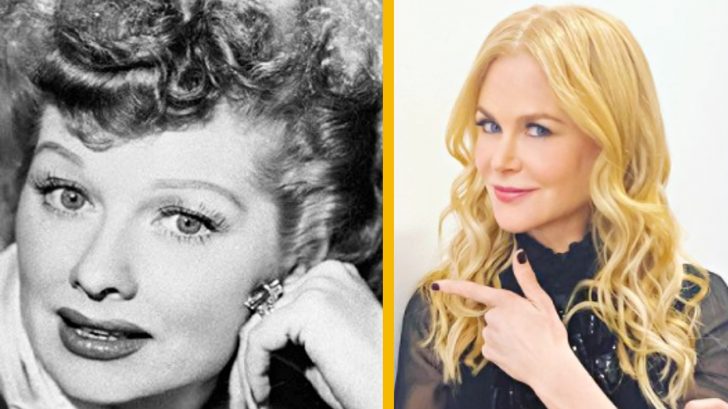 The first photos of Nicole Kidman as Lucille Ball have leaked ahead of the Being The Ricardos biopic, and of course, the internet has some thoughts.

Being the Ricardos follows I Love Lucy stars Ball and real-life husband Desi Arnaz through a challenging week of filming the hit show. According to Deadline, the plot will begin during a Monday table read and conclude at a Friday TV shoot.

Nicole Kidman on the set of Aaron Sorkin’s #BeingTheRicardos, in which she will star as Lucille Ball. pic.twitter.com/QVreVPAzrJ

Unfortunately, some fans are uneasy with the casting decision. Many social media users argued that Ball’s celebrity lookalike, Debra Messing, should be given the role instead of Kidman. In response to the fan backlash, Ball and Arnaz’s daughter, Lucie Arnaz, spoke out about the situation. In a Facebook video, Lucie explained:

“There seems to be a lot of discussion about ‘Nicole Kidman, it should be Debra Messing, it should be Carole Cook,’ I don’t know. Here’s the deal, what you should understand: We are not doing a remake of I Love Lucy. No one has to impersonate Lucy Ricardo nor do the Vitameatavegamin routine or the chocolate factory routine or…any of the silly things.”

Now, fans have gotten the first peek of Kidman on the Being the Ricardos set. In the photos, the actress wore a shoulder-length red wig. While Kidman was covered up in a coat, the star also appeared to wear a cream blouse and beige blazer set.

? Images have leaked of Nicole Kidman as Lucille Ball on the set of “Being the Ricardos.” What do you think? #OscarBuzz #AaronSorkin pic.twitter.com/Ik1bxEzeQi

For more on the upcoming biopic, check out the video below.