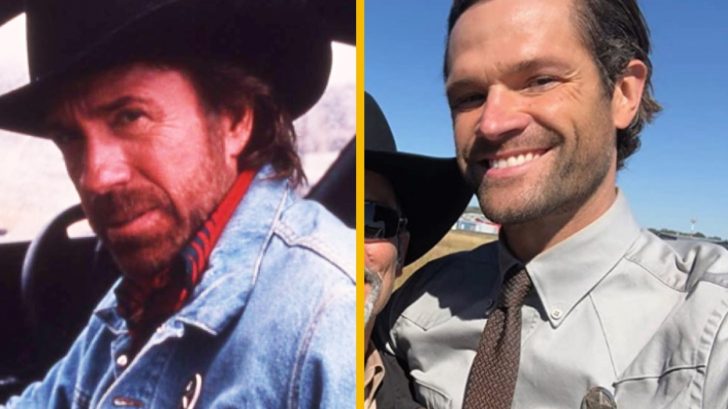 Say goodbye to Winchester and hello to the Walker!

Jared Padalecki just wrapped his fifteenth and final season of the CW cult favorite, Supernatural. Now, Padalecki is gearing up to star in the CW reboot of Walker, Texas Ranger.

“My new character, Walker, is different than Sam, and so I’ve been spending time since they called, ‘That’s a wrap,’ getting back into that mindset,” Padalecki commented on the character transition in an interview with Variety.

The revived show will follow Padalecki’s character, Cordell Walker, a widower and father of two. In the show, Walker returns home to Austin after two years of undercover work, tries to reconnect with his family, works with a new partner, and grows suspicious about the circumstances of his wife’s death.

Recently, the first photo from Walker set finally leaked online! Padalecki fans are looking forward to the show’s premiere next January, but spoilers, including much of the cast, have already begun to spill! CW fans can expect to see a couple of familiar faces, including The 100 alum Lindsey Morgan and Supernatural’s Mitch Pileggi. Padalecki’s wife, Genevieve Padalecki, will also join the show as Walker’s late spouse.

FIRST PIC OF JARED PADALECKI ON THE SET OF WALKER ⭐ pic.twitter.com/qtpauif7O9

Fans can catch the reboot’s premiere on Thursday, Jan 21 at 8/7 CST.