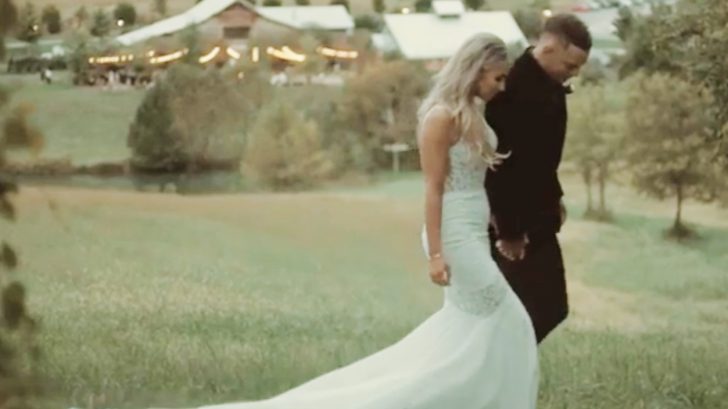 It was the night that the couple of almost two years tied the knot at Mint Springs Farm, in Franklin, Tennessee in front of 200 guests. With some of their closest friends and family by their side, including Katelyn’s brothers and Brown’s bandmate Alex Anthony, the two exchanged vows by reading love letters to each other.

The “Heaven” singer wore a dark velvet Lanvin suit and Jae stunned in a lace white mermaid-style gown. Kane and Katelyn each posted one single photo from their wedding day, using the same caption, “KB2,” to announce they had tied the knot.

A few days later, PEOPLE released a few more photos of the big day, but we had yet to see any footage – until now that is.

Kane announced on his Instagram that he would be dropping a brand new song, titled “Good As You,” tonight (Oct 18) with an accompanying video being released on Friday (Oct 19). The romantic song’s video will include exclusive footage from the enchanting wedding that took place just one week ago.

He released a snippet of the video, which features him getting dressed in his suit, Katelyn standing on a porch showing off her gorgeous wedding dress, and a few romantic shots of them after saying “I do.”

Superfans might recognize this song from when Kane previewed it back in June right after he and his team wrote it.

Watch the clip from the music video featuring footage from their magical day below!

New song tonight! We shot the whole wedding for a music video check it out tomorrow! Tag a friend!!!??