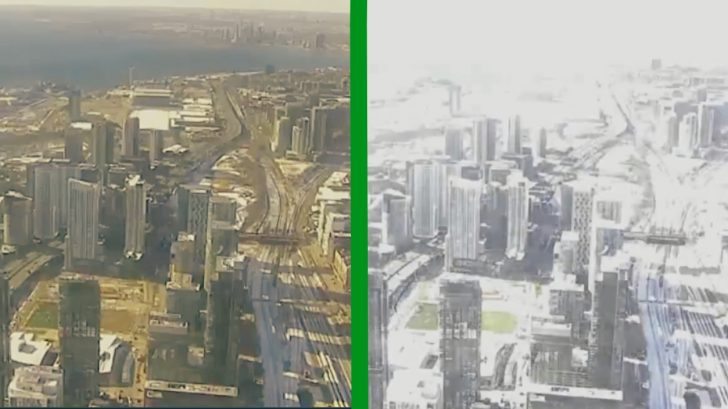 A big loud boom was heard over central New York on Wednesday (12/2/20) at exactly 12:09pm and it shook homes and businesses all the way to from Syracuse to Liverpool.

Who felt/heard that loud boom? Where are you at? @CNYCentral

“It couldn’t have been anything else,” Lunsford told CNY.

Lunsford classified the meteor as a fireball which is a meteor that is very bright. The Onondaga County Sheriff’s office said that they received several calls about hearing and feeling the big boom. Even folks as far away as Oswego and Oneida were calling in to report the weird occurrence.

“Lunsford believes the reason it [the meteor] couldn’t be seen in CNY is because it was overcast and snowing when it broke through the atmosphere,” CNY reported.

However, due to the skies being clear in Toronto, some great footage of the fireball flash was captured on camera by an EarthCam that sits on top of the CN Tower in Toronto. The flash was so bright that it appeared to white everything out for half a second. Take a look at that footage below.