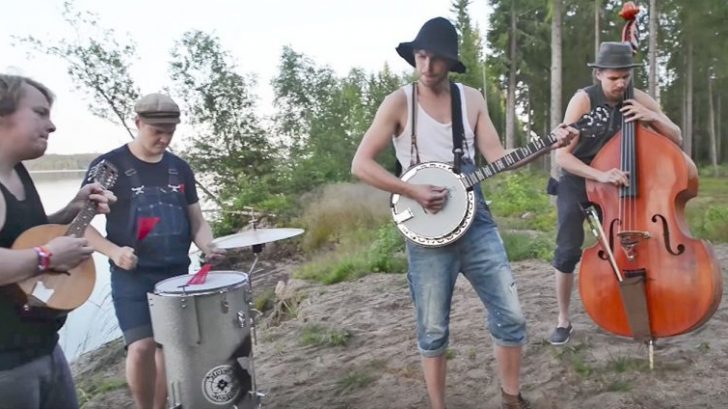 Heavy metal gone bluegrass? Seems strange, but this Finnish band decided to take on the challenge and created something like you’ve never heard before!

While Steve ‘n’ Seagulls version is quite possibly the most unique, the rock song has been covered an upwards of 100 times. Even pop sensation, Shakira has tried her hand at the tune.

While most try and stay true to the original song, Steve N Seagulls took a completely different approach. Known for covering heavy metal hits of the past in bluegrass style, they stayed true to their roots and knocked this one out of the park. Since the creation of their YouTube page back in 2009 they’ve accrued over 619,000 subscribers and an accumulated 15 million views on their “Nothing Else Matters” video alone.

Performing the song out in the European wilderness, the “redneck” geniuses behind Steve ‘n’ Seagulls deliver a banjo-filled slowed down rendition of the “Nothing Else Matters” that you never knew you wanted so badly.

You can watch their unique rendition of “Nothing Else Matters” below.