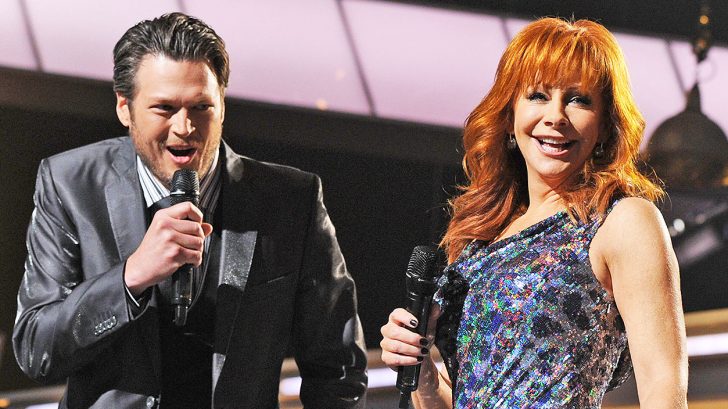 At 2018’s Country Radio Seminar, Dierks Bentley revealed that he and Luke Bryan, who have co-hosted the ACM Awards for the past two years, would not be returning to host the April 2018 ceremony.

“We did two years, I love Luke to death, he’s one of my favorite people. It’s hard not to have fun with Luke,” Bentley said during his CRS keynote speech, according to Taste of Country. “The ACMs were great, we had so much fun doing it. The ACMs have been so good to me.”

At the time, Music Row reported that this year’s host would be announced in the “coming weeks.” Country fans patiently waited for the announcement, and luckily, we don’t have to wait any longer!

In a press release, the Academy of Country Music announced the exciting news.

“So excited to be back hosting the ACM Awards!!!” she wrote on Facebook after the announcement was made.

Like the press release said, this isn’t McEntire’s first rodeo! She first hosted the awards show in 1986 with Mac Davis and John Schneider, then again two years later with Hank Williams Jr. She returned in 1993 alongside Randy Owen and George Strait and co-hosted with Alan Jackson the next year. She then hosted the show several times by herself, and in 2011 and 2012, was joined by Blake Shelton.

McEntire appeared on Facebook live to announce the Song of the Year nominees, then went on CBS This Morning to announce the rest of the nominations. Chris Stapleton leads the pack with eight nominations, followed by Thomas Rhett with six, and Keith Urban and songwriter Shane McAnally tied with four. Miranda Lambert and Maren Morris lead the female nominations with four each.

To see the full list of nominees, click here. Watch some of McEntire’s best hosting moments in the video below!

Reba is Back To Host Her 15th ACM Awards

She’s back!!! Here to host her 15th #ACMawards show, the one and only Reba McEntire! ?

Posted by ACM – Academy of Country Music on Thursday, March 1, 2018