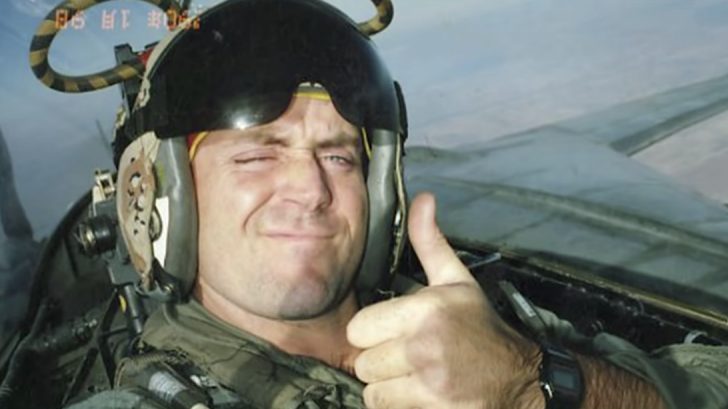 19 years have passed since the terrorist attacks of September 11th shook our country. As we remember the shock and fear that gripped us on that day, we also remember those who lost their lives and the people they left behind.

One of those who died on 9/11 was former U.S. Navy pilot Brian David Sweeney who was aboard hijacked United Flight 175 that was en route from Boston to Los Angeles. Just moments before the plane crashed into the World Trade Center South Tower, Sweeney called his wife and left her a 21-second voicemail.

“Jules, this is Brian. Listen, I’m on an airplane that’s been hijacked,” Sweeney said. “If things don’t go well, and it’s not looking good, I just want you to know I absolutely love you, I want you to do good, go have good times. Same to my parents and everybody, and I just totally love you and I’ll see you when you get there. Bye, babe. I hope I call you.”

In a video published by the 9/11 Memorial & Museum, Sweeney’s widow shares that she found comfort in her late husband’s words.

“When I got [the voicemail], it was just so Brian. It was his final request of me. And his final way to let me know that he was gonna be OK and that he believed that he’d see me again,” Julie Sweeney Roth said. “And that’s all I needed to know.”

Julie added that it was comforting to hear the calmness in his voice and know what his final thoughts were. “It’s very powerful. He made very powerful statements with that message.”

Julie has since remarried and has two children. She works as a substitute teacher and volunteers at the 9/11 Memorial & Museum on New York City.

Hear Brian Sweeney’s final voicemail in the clip below.