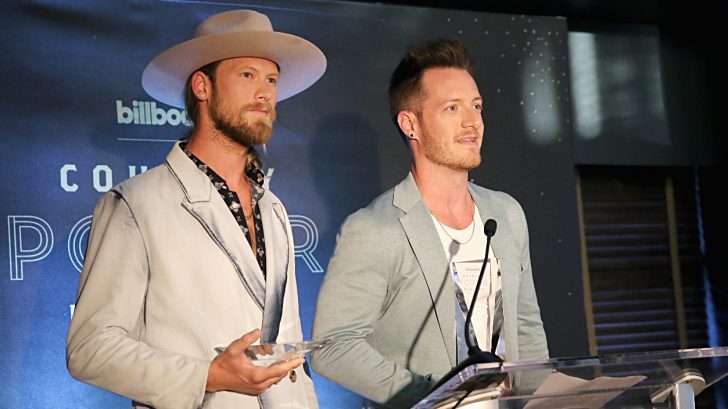 At a pivotal moment in their careers and at the absolute height of success, these two chart-topping superstars have taken the wraps off of their latest record.

Beginning their careers in church worship services, both Tyler Hubbard and Brian Kelley had no idea the incredible future they had in store. Just this year, Florida Georgia Line‘s song with Bebe Rexha broke some of the biggest records in music – and instantly became a worldwide phenomenon.

Just in the last six years, they’ve had 15 No. 1 hits as both the main artist and featured artist – three of them within 2018!

For having released just three full-length studio albums, this is an incredible feat not attained by many artists and one they are surely proud of.

After releasing several singles of their own this year and being featured on others, many fans started to wonder when new music was coming, and finally, in December 2018 they made the big reveal for their fourth studio album.

WORDS can’t describe how we’re feeling. Finding out we’ve been nominated for a @RecordingAcad Grammy is a huge honor! @BebeRexha – so incredibly proud to be sharing this nomination with you. Thank you to our families, our friends and Y'ALL for always believing in us. ? #GRAMMYs pic.twitter.com/E3T4ABwKSY

In an article from Billboard, just days after getting the news they were nominated for a Grammy award, the duo revealed their plans for a 2019 LP to follow up their last release from 2016, Dig Your Roots.

“You can say a lot of things. You can call somebody a lot of different names and have a lot of different opinions, but at the end of the day, when it comes to me and Tyler, you can’t say we ain’t country,” Florida Georgia Line’s Brian Kelley explained, referencing the album’s title. “It’s just a fun way of doing it through song. It was cool to name the tour that. Name the album that. And [it’s] just kind of a new era.”

Titled, Can’t Say I Ain’t Country, the album will feature their recent singles “Simple” and “Talk You Out Of It.” Other tracks called “Colorado” and “Sittin’ Pretty” were released, but the full track list was not given.

.@AppleMusic is hookin y'all up with the first look at our new music video for "Talk You Out Of It". Loved being able to work on this with our amazing wives. Let us know what y'all think! pic.twitter.com/GQiFE6Dsz7

More information on their forthcoming album will be available on the duo’s website in the coming weeks.

Watch their video for “Talk You Out Of It” below and let us know what you think of this new album’s material in the comments!