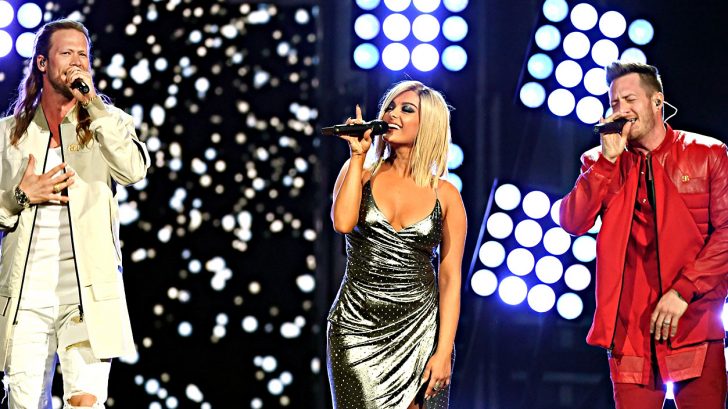 Bringing out their chart-topping collaboration partner – and the first female to ever debut at the No. 1 spot on the Hot Country Songs chart, country music’s own Florida Georgia Line gave the audience something to cheer for with this riveting three-part song.

“Meant to Be” is a single from Bebe Rexha’s third EP, All Your Fault: Pt. 2 and features both Tyler Hubbard and Brian Kelley throughout the song in a way that makes it sound much more than a simple featured collaboration.

It's meant to be! We can’t wait to watch @FLAGALine team up with @BebeRexha at this year’s #ACMawards! pic.twitter.com/Xs0jr92IKN

The crowd roared to life with the announcement of these three as the next performers and it’s understandable why – they’ve been on the top of the country charts for almost 20 weeks, which even surpassed the previous record held by Taylor Swift.

Their performance during the 2018 ACM Awards in Las Vegas marks their live debut of this chart-topping song at an awards show – and it’s clear that this was a major highlight!

It was "Meant To Be" for @FLAGALine, @BeBeRexha and that beautiful choir to perform on the #ACMawards stage. We'll take a ride with ya!

Watch Florida Georgia Line and Bebe Rexa steal the show in the clip from The Late Late Show below – along with their performance from the ACM Awards!