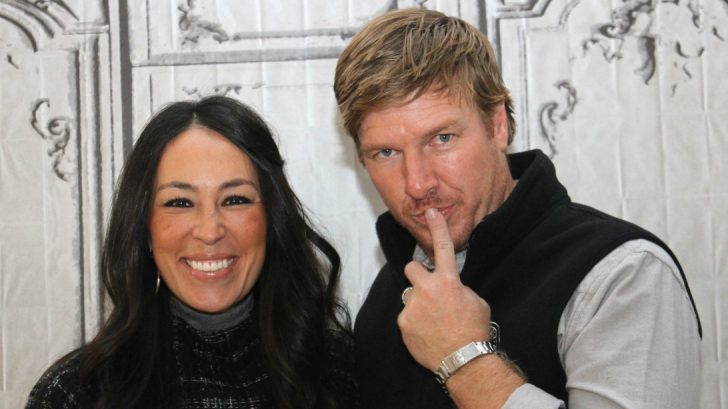 The world is anxiously awaiting the arrival of HGTV stars Chip and Joanna Gaines’s fifth child. Shortly after announcing Joanna’s pregnancy, Chip let it slip that the new baby would be a son and fans have been hoping that he’ll also let the child’s name slip.

It’s unknown if they have in fact settled on a name, but the internet has been flooded with suggestions as fans let their voices be heard. Even the couple’s fellow HGTV stars, the Drew and Jonathan Scott aka the Property Brothers, have some ideas to throw the Gaines’s way. In fact, one of the famous brothers is willing to make a huge sacrifice in order to name the new Gaines baby.

“It’s gotta be Drew,” newlywed Property Brother Drew Scott told PEOPLE. Given Chip and Joanna’s history of giving their sons names that start with “D,” Drew might be a viable option.

“How about Donathan?” Jonathan Scott suggested. “When we were babies, that’s what Drew would call me. He couldn’t pronounce my name.”

As the brothers debated a new name for the Gaines baby, Drew made an offer that Chip and Joanna may not be able to refuse when he offered to give up the name of his first born with new wife Linda Phan.

“Tell them I’ll name my child Chip-oanna if they name theirs Drew,” he says.

Neither of the Gaines have responded to the offer from Drew Scott, but they told the TODAY Show in April that each of them had different ideas for naming their new son.

“Oldest boy named Drake, second is Duke, so I’m hoping for a ‘D,’ ” Chip said at the time.

What do you think Chip and Joanna should name their new son?