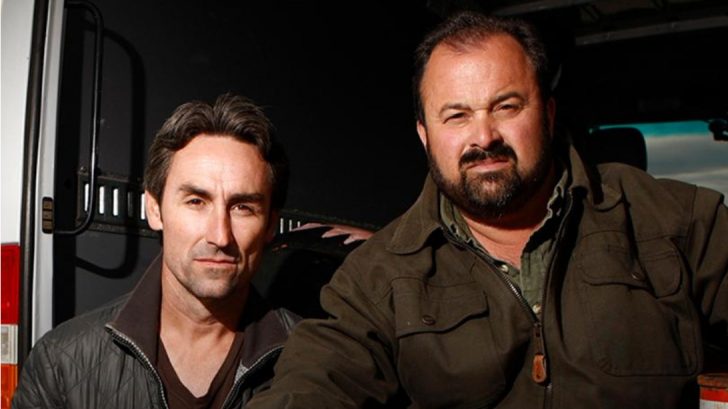 Former American Pickers star Frank Fritz suffered a stroke at his Iowa home on July 14th, and his dad has shared an update on his health status.

Bill Fritz, Frank’s father, told The Sun that his Frank is “stable.”

“I have been very private in the past year in regards to Franks life and the journey he’s been on. There has been lots of opinions in regards to mine and Frank’s friendship and the show but now is not the time to set the record straight. Now is the time to pray for my friend,” Wolfe wrote. “Frank has suffered a stroke and is in the hospital. Please keep him in your hearts and thoughts.Frank I pray more than anything that you make it through this okay. I love you buddy.”

Few updates about Fritz’s health have been shared by his friends and family since, but on Monday (July 25), a rep for Wolfe made a statement to PEOPLE sharing that Fritz has a long road of recovery ahead of him.

“We asked that everyone keeps Frank and their thoughts and prayers,” Wolfe’s representative told PEOPLE. “The most important thing is that we allow him time to heal and giving [sic] him the space to do so.”

Details surrounding Fritz’s stroke haven’t been discussed publicly by those closest to him, but an audio recording of a 9-1-1 call obtained by The Sun revealed that the 56-year-old was found by a friend on the floor of his Iowa home.

“Okay tell me exactly what happened,” the dispatcher asked the unnamed friend who had gone to check on Fritz.

“I just showed up at my friend’s house here and he was sprawled out on his floor. He can’t speak to me. He might be seizuring (sic) I’m not sure,” the friend replied.

“Okay, stay on the phone, don’t hang up,” the dispatcher responded.

American Pickers premiered on the History Channel in 2010 and followed Fritz and Wolfe around the country as they searched for antiques and collectibles. The show aired for 22 seasons with Fritz’s last episode airing in March 2020. The History Channel announced his official departure from the show in July 2021.