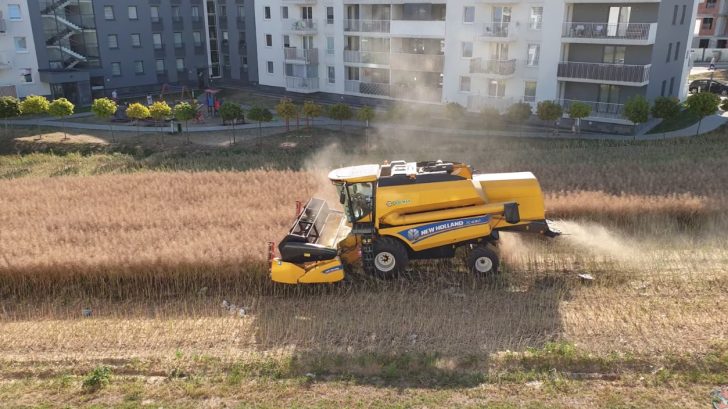 According to locals in the city of Lubin, where the farmer is from, the man who owns the land refused to sell his property to apartment developers when all of his neighbors around him sold theirs.

The apartments have been built and people are living there now, but even so, he still continues to farm his land like he always did.

Surprisingly, residents have said that they don’t mind that the farmland is there and that they understand farming is work that needs to be done.

Some even added that it provides nice rural views, especially in the summer and fall seasons for the residents living on Jantarowa Street. The farmer said residents have complimented the view they get from their homes.

“Some would give anything for such views. For my daughter, (there’s) only concrete and supermarkets,” the farmer in the region, Michael Myslowski, said, according to Outsider. “Nice of you not to complain about dust or noise. Respect for you, let there be more like you. I greet you as a farmer’s son.”

The children living in the area are happy with it and have never heard of any problems with the farmland being there. Michael does agricultural work at the site several times throughout the year and said all he receives is positive feedback.

“It is a sensation for people living in the city. They are curious,” Michael said.