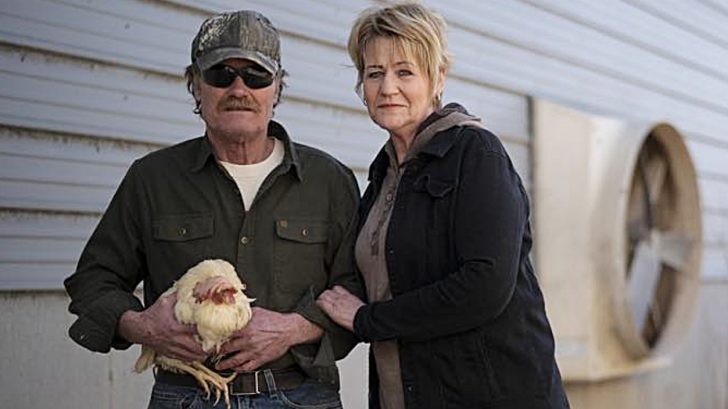 Kerry Mergen who is contracted to run an egg farm of 61,000 chickens near Albany, Minnesota for a company called Daybreak Foods was told his chickens were going to be euthanized.

The very next morning, a crew of 15 men hired by the company showed up to the farm and started humanely killing the chickens by gassing them with carbon dioxide and loading their carcasses up in semitrailers.

The 61,000 hens produced 800 million eggs per year to restaurants, catering companies, and school cafeterias. Their egg-production system is set up to sell the eggs in liquid form but hardly any of the eggs were being purchased because of the pandemic.

Originally, Daybreak Foods paid for the chickens to produce eggs and be fed through fall and they expected to profit from the investment. However, the current situation made the demand for eggs drop dramatically so they decided to euthanize the chickens to cut their losses and temporarily shut down the farm.

Kerry Mergen told Star Tribune, “They come in with carts, put them all in carts, wheel them up to the end, put a hose in that cart and gas them, then dump them over the edge into a conveyor and convey them up into semis and the semis haul them out.”

Kerry said he stood there and watched but the longer he stood there the more disgusted and disappointed he got knowing they were basically euthanizing his paycheck, so he left. By the end of the night, all the chickens were hauled off the farm and headed to a rendering plant that would turn them into dog food.

Kerry was making 15.5 cents per dozen eggs and produced about 4,500 dozen eggs a day. That brought him close to $700 each day but he’s not earning that now. He also doesn’t qualify for unemployment so he’s currently on a waiting list to receive federal aid.

Barb Mergen, Kerry’s wife told Star Tribune, “They didn’t confide in us, they didn’t ask us, they didn’t care about what effect this would have on us. Our contract says at least a seven-day written notice. That’s not much, but it’s more than this. We just feel like we’re a nobody at the end.”