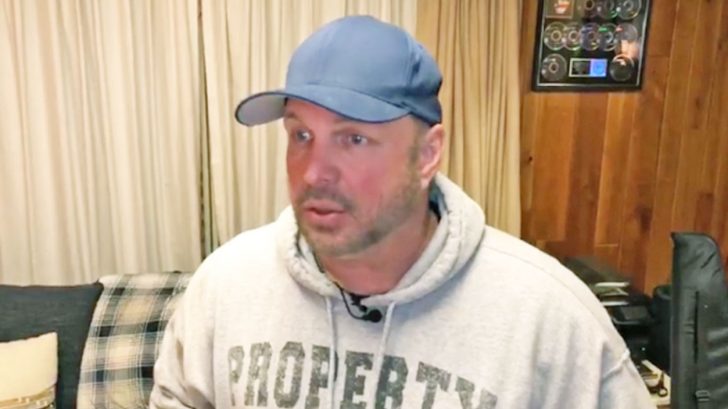 Almost every Monday, Garth Brooks does a Facebook Live that he calls Inside Studio G. He uses this time to thank fans at all his shows the previous week, give updates about upcoming shows, answer questions from fans, and so much more.

The live stream that took place this week (March 5), was so much more exciting than previous ones because Brooks made an announcement that his fans have been waiting for for a long time – new music!

“The studio is up and running! We are making NEW music,” he captioned the six-minute video.

“The studio is actually open,” he said in the video with excitement. “It’s so great to be recording again. We cut two new songs today, and tomorrow were just gonna keep going.”

He did not reveal when the new album, or even a single would be released, but his fans don’t care, they just love that new music is on the horizon.

Knowing you're back in the studio recording is seriously the best news!!! Can't wait to see what the announcement in a couple of months will be either! Love you! ❤

So very exciting. Your music is the best. Stay true to yourself and you to Trisha.

Are you excited for new music from Garth? Let us know in the comments! Watch his announcement in the video below.

Back in the Studio!

The studio is up and running! We are making NEW music!!!! love, g #StudioG