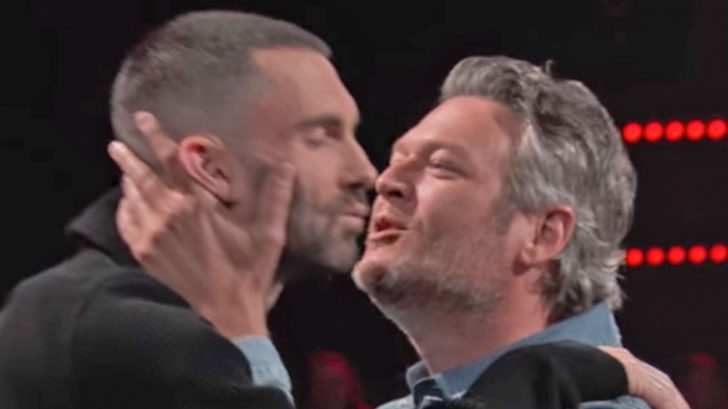 There is no better bromance on television than the one between Adam Levine and Blake Shelton, which we can thank The Voice for.

Before they signed on to be coaches of the long-running singing competition show, the two ran in completely different circles – Shelton being a country star living in Oklahoma, and Levine being the frontman of the pop band Maroon 5 in Los Angeles.

While the two singers couldn’t be more different, their playful relationship is what keeps viewers coming back for more. Now in its 15th season, The Voice has always had a rotating panel of coaches, except for Levine and Shelton.

Posted by The Voice on Thursday, September 6, 2012

“It’s never even come up where Adam and I aren’t there, and I would hate to step away for a season,” Shelton told Country Countdown USA‘s Lon Helton back in 2015. “I’ve told them if that ever comes up, I’m just gone period.”

Shelton also said,  “[Adam and I have] figured out what people like about our relationship, and that’s the immaturity, and the fact that we can’t hurt each other’s feelings, so there’s no holds barred.”

While they do squabble like an old married couple, they do like to show affection for one another.

In the latest promo for the upcoming 15th season of The Voice, Shelton can be seen with Levine’s face in his hands and they both exchanged kisses on the other’s cheek a couple times.

Fellow coach Jennifer Hudson’s jaw dropped, proving she isn’t quite used to their affection yet!

After The Voice posted this promo on Facebook, it was flooded with comments from fans who just couldn’t get enough.

“That moment with Adam and Blake is hilarious. ?” said another.

We can’t wait until The Voice returns on September 24, especially if there are more moments like this!

Watch the hilarious promo below!

Who doesn't want to kiss Adam Levine? Pucker up to The Voice on Monday, September 24 8/7c. ?