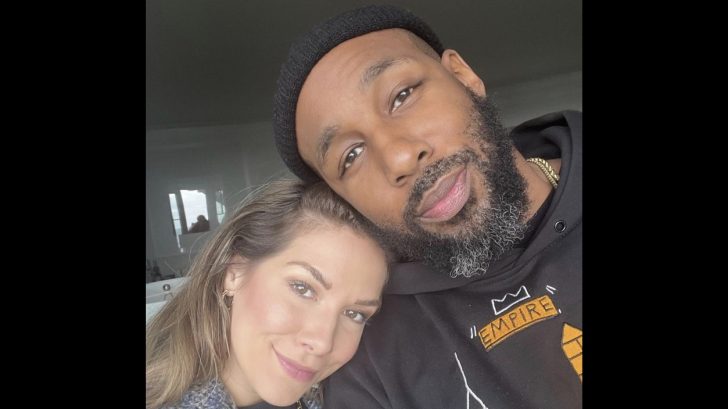 You may know tWitch from The Ellen DeGeneres Show as her lovable and talented DJ, starting his time on the show as a guest DJ in 2013. He kept being invited back until he was named her permanent DJ and stayed on for the rest of the show’s run. He even became an executive producer in 2020.

During the show’s final days, DeGeneres shared an emotional tribute to the man she had come to know and love. Because of his time on her show, America had also fallen in love with him, his wife, and their three kids.

tWitch and Allison had a son named Maddox in 2016 and a daughter, Zaia, who was born in 2019. Allison already had a daughter named Weslie (born in 2008) from a previous relationship, and tWitch legally adopted her after their were married.

tWitch had a charming personality and seemed to always be a happy-go-lucky guy, but what we see on the surface is not always what is happening in real life.

On December 14, it was revealed that tWitch had passed away. TMZ reports that one day prior (Dec 13), Allison ran into an LAPD station telling them that her husband had left their family home without his car, which was very unlike him. Not long after, police received a call about a medical emergency at a hotel in LA. There, tWitch was found dead by an apparent gunshot wound.

In a statement to PEOPLE on December 14th, Allison said:

“It is with the heaviest of hearts that I have to share my husband Stephen has left us. Stephen lit up every room he stepped into. He valued family, friends and community above all else and leading with love and light was everything to him. He was the backbone of our family, the best husband and father, and an inspiration to his fans. To say he left a legacy would be an understatement, and his positive impact will continue to be felt,” she continued. “I am certain there won’t be a day that goes by that we won’t honor his memory. We ask for privacy during this difficult time for myself and especially for our three children.”

She continued, “Stephen, we love you, we miss you, and I will always save the last dance for you.”

tWitch and Allison often post dancing videos in their home, and office, and sometimes their kids even got in on the fun. We will always remember him with a smile on his face.

Posts remembering tWitch came flooding in from fans, friends, and celebrities alike. DeGeneres herself broke her silence shortly after she found out about tWitch’s death.

“I’m heartbroken. tWitch was pure love and light,” she wrote alongside a photo of the two hugging. “He was my family, and I loved him with all my heart. I will miss him. Please send your love and support to Allison and his beautiful children – Weslie, Maddox, and Zaia.”

I’m heartbroken. tWitch was pure love and light. He was my family, and I loved him with all my heart. I will miss him. Please send your love and support to Allison and his beautiful children – Weslie, Maddox, and Zaia. pic.twitter.com/lW8Q5HZonx

tWitch’s mom took to her Instagram stories, according to NBC News, and wrote, “Family and friends, thank you for all the love, prayers and encouragement. Please know I see all the messages, texts, posts and the phone calls. I can’t use words right now. Please know I will reach out when I can.”

tWitch’s grandfather, Eddy Boss, told the Daily Mail, “He was the same happy-go-lucky person that he’s always been.We had no indication that anything was out of the ordinary.”

Eddy continued, “He was a very humble, generous person. He brought light into everybody’s lives. We’re completely devastated right now. All I can say is he was a beautiful person that contributed so much to this world and to everyone he met in a positive way. We miss him dearly and we’re hurting tremendously.”

tWtitch wished his grandfather a happy birthday on Instagram, just four days before he died, so we can only imagine what kind of shock he is in.

A week after news of his death came out, Allison took to social media to make her first post since. It was a sweet photo of the two of them together.

She wrote, “My ONE and ONLY Oh how my heart aches. We miss you so much.”

tWitch was laid to rest on Wednesday, January 4th in a private ceremony held at Forest Lawn Cemetery in Glendale, California, according to E! News.

The pop culture site also reported that a source told them a “larger celebration of life for the friends the Stephen considers family will be put together in the future.”

Hollywood Life obtained some photos of the family at Boss’ funeral. See them here.