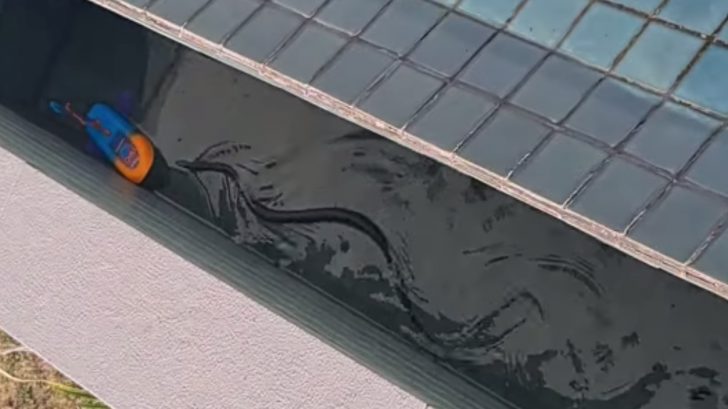 Snake Catchers Adelaide is a group of professionally trained and licensed snake and fauna removalists who responded to a call about a snake in Marino, Australia, in January 2021.

Snake Catchers Adelaide shared a video clip of the snake swimming in a family’s pool in their backyard. According to the post, the snake just wanted a “nice place to cool down in the heat,” however, the family wasn’t cool with a venomous eastern brown snake being their guest.

Eastern brown snakes are native to eastern and central Australia and based on tests on mice, they are known as the second most venomous snake in the world that lives on land.

The reason eastern brown snakes can be such a danger is because they get nervous and will defensively protect their territory if bothered. Sunshine Coast Snake Catchers 24/7, another snake relocation service in Australia, also had to remove an eastern brown snake from a pool deck that same day and you can watch that footage below.

“We took our time and came up with the best plan to grab him on the steep ledge. Safe to say we got lucky and won this round, safely relocating the snake back into the bush away from people and homes,” McKenzie wrote on Facebook.

According to the World Health Organization, an average 5.4 million people are bitten by snakes each year and 81,000 to 138,000 people die from their bites. You can learn more about deadly snakes in the new documentary below.