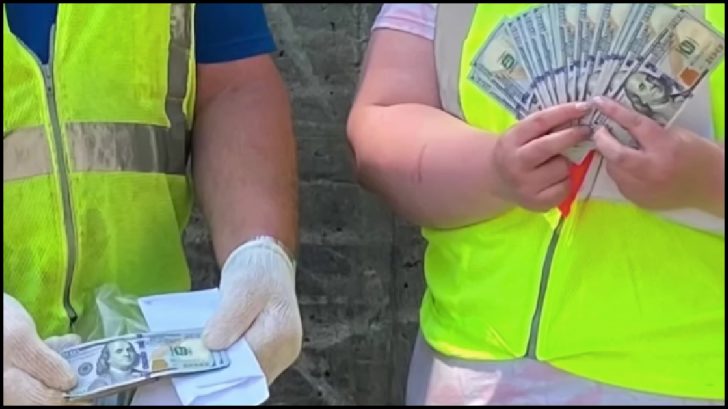 An Ohio family who was trying to help their grandma found themselves in a bit of a pickle when grandma’s life savings went missing.

According to Republic Services, a solid waste collection agency in Oberlin, Ohio, they received a frantic call from a customer saying that they had lost something important.

“It turned out to be $25,000,” operations supervisor Gary Capan told a local news outlet. “They were cleaning out their house for their grandmother and they cleaned out the refrigerator, threw out all the garbage, grabbed all the freezer stuff and put it in a bag.”

Capan noted that the grandmother told her family, “‘Hey, there’s an envelope with $25,000 in there, don’t lose that,’ and she’s like, ‘Grandma, I already lost that, it’s in the garbage!'”

Republic Services staff members immediately began to try to locate the money. Thankfully they were able to locate the truck driver and found out that he hadn’t reached the landfill yet.

“What happens when they get to the landfill is, they will come in, they’ll drop off their load of garbage, the bulldozers will immediately start smoothing it out, pushing it into the hill, dropping dirt on it and start covering up the process of the landfill,” Capan said. “And we do that in a nonstop process. If it got dropped there, there’s no finding it anymore.”

“They were so happy, they were tearing up,” Schoewe said.