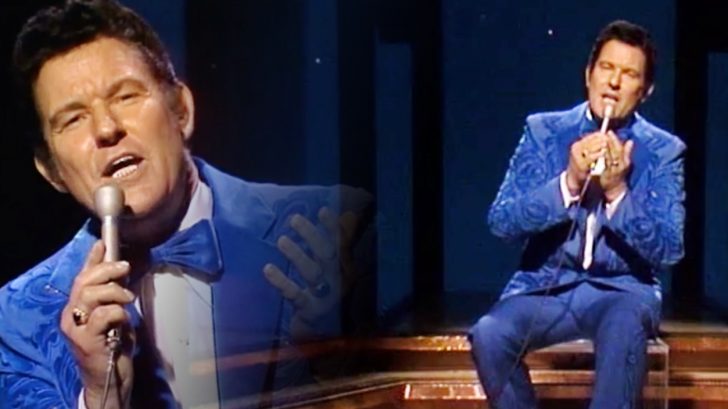 This iconic country music phenomenon was known for his own chart-topping hits as well as those he wrote for others like Patsy Cline, George Jones, and Carl Smith – just to name a few.

A World War II Marine veteran, this beloved classic country hitmaker truly helped shape the landscape of good, old country music – and his songs are still treasured and played to this day!

On this day in 1972, Freddie Hart had the #1 country single with "My Hang-Up Is You." The song, written by Hart, stayed at the top of the charts for six weeks.

An Icon Has Passed

Freddie Hart, best-known for his signature song “Easy Lovin’,” passed away at the age of 91 in Burbank, California after a battle with pneumonia.

The cherished hitmaker was not only responsible for his country and pop No. 1 hit signature song, but also for a bevy of other chart-topping country hits for both himself and others.

Announced on his official site, his passing has shaken the world of country music and left many of his millions of fans and fellow musicians devastated.

A legendary performer, Hart first started his career as a professional musician when he was hired by Lefty Frizzell to go on the road with him. Lefty helped Hart earn a recording contract with Capitol Records and his career blossomed from there!

Freddie Hart, known to millions of Country Music fans the world over as “Mr. Easy Lovin’” passed away today in Burbank Ca. He was 91.Here's Freddie with his signature hit from 1972 on the Glen Campbell Goodtime Hour

In 1971, Hart released his biggest hit ever, “Easy Loving” and it quickly became his signature song. He had a string of hits both leading up to and following its release, but nothing could eclipse the kind of magic and popularity this song had.

Over his illustrious career, he earned nine No. 1 hits, two CMA Awards for “Song of the Year,” and was nominated for more than half a dozen other awards.

Our thoughts and prayers are with his family, friends, and fans during this very difficult time. Funeral arrangements are pending and the family has asked for privacy.