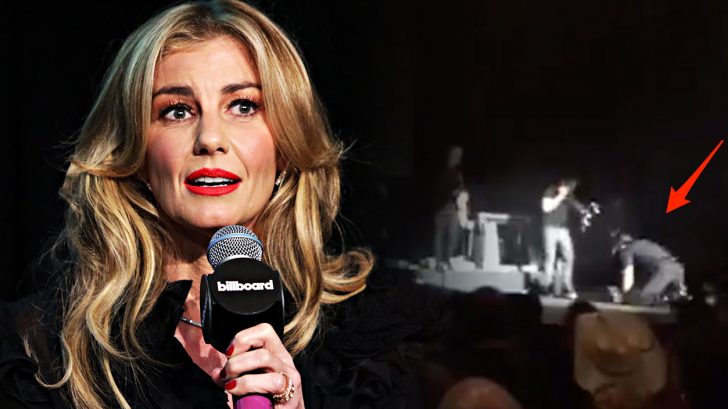 Fans witnessed his onstage collapse during a concert on Sunday, March 11th before he was rushed off stage for a medical examination.

Appearing in the C2C music festival in the United Kingdom, Tim McGraw and wife Faith Hill performed three shows across the weekend with a final performance set for Sunday evening in Dublin, Ireland.

It was just after McGraw had finished performing his number one chart-topper, “Humble and Kind” when the spotlight vanished from the stage and left the audience in the dark. Just moments later, as you see the band and stage personnel running around, the spotlight comes back on and shows McGraw doubled over on his knees. Unable to get up on his own, band members rushed to his side for assistance. The spotlight then vanished once again.

The incident was captured on video by one attendee – see below at about the 1-minute mark.

Delaying the show for more than 20 minutes, Hill later returned to the stage following her husband’s unexpected and terrifying collapse. She was surrounded by band members and crew that all had rushed to aid McGraw during his moment of need.

“So, Tim is fine,” she told the audience with a sound of relief. “We’ve all been a little bit dehydrated, traveling so much, and he’s been super dehydrated, and I apologize, but I made the decision that he cannot come back out on stage.”

The crowd erupted into a series of cheers at the news and Hill then continued to perform a traditional gospel song, “What a Friend We Have In Jesus”  – completely a cappella.

Watch her statement and the gospel performance below. We are wishing Tim a very speedy recovery.