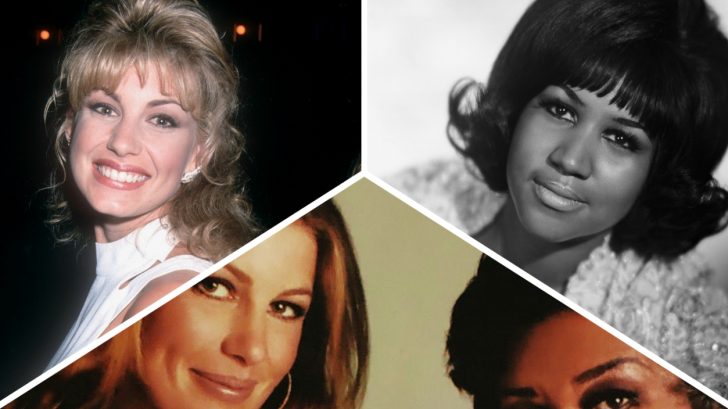 Reacting to the tragic loss we faced today, one country music superstar took to social media to express her love and admiration in this time of mourning…

Faith Hill recently posted an unseen photo of her beside the Queen of Soul, Aretha Franklin. While the two performed in different genres, we can see their passion come alive in a newly-surfaced image.

Franklin started her singing career as a child in Detroit, performing gospel tunes in a local church. She would later use her gospel background and blend it with the sounds of R&B and Soul to create the unforgettable voice we still celebrate today.

rip aretha franklin.. thank you for your voice, your music.. you rocked my childhood.. ??? pic.twitter.com/EM0S30ezpG

At 18, Franklin ventured on her own – only to discover her talent and ability would form the music world as we know it today. Her most notable songs include, “Respect,” “Chain of Fools,” and “(You Make Me Feel) Like a Natural Women.”

Hundreds of artists have covered Franklin’s songs, but very few have had the opportunity to sing alongside the iconic musician. Faith Hill was one of those few…

According to CMT, in 2006 the two female powerhouse artists recorded a duet together for the album Aretha: A Woman Falling Out of Love. In an interview with Billboard, Franklin mentioned her time with Hill saying that she “was fabulous, just fabulous. She’s a very nice lady.”

Theme From A Summer Place by Aretha Franklin – A Woman Falling Out Of Love #NowPlaying pic.twitter.com/XGHgXMMmT1

Like Franklin, Hill, too, enjoyed their time spent together and the news of Franklin’s tragic passing devastated this country superstar. Taking to social media, Hill shared her deep respect and love for Franklin and everything she stood for.

“To say I was humbled to be in her presence would be an understatement.”

Alongside her heartfelt message, Hill also shared a rare photo of her standing next to the Queen of Soul, smiling and looking up at the camera while Franklin extends her arm in a powerful gesture. Franklin’s presence in the image reminds us of her grace and the profound impact she had on those around her.

Hill explains that she shared the image because “it shows just how soulful Aretha was without uttering a word.”

Below, we can see just what Hill was talking about as Franklin’s hand beckons us without saying a word. She will be dearly missed by friends, fans, and fellow musicians alike.

On the day of her passing, we thank Faith Hill for releasing this rare image to remind us of everything Franklin created and stood for.

The choir of angels now have the greatest voice of all time to lead, praise and join in to sing before Jesus. I wanted to share this photo because it shows just how soulful Aretha was without uttering a word. To say I was humbled to be in her presence would be an understatement. pic.twitter.com/R2lxjXwDO8

In addition to this beautiful image, Faith Hill has also paid respect to the legend by performing musical covers of her songs. In the video below, she belts out “Dr. Feelgood” while being accompanied by husband, Tim McGraw.

We will miss having such a beautiful voice and soulful presence on this earth. Our only hope is that artists like Faith Hill will continue to carry out her message.

Do you think she is up for the challenge? Share your thoughts in the comments below.