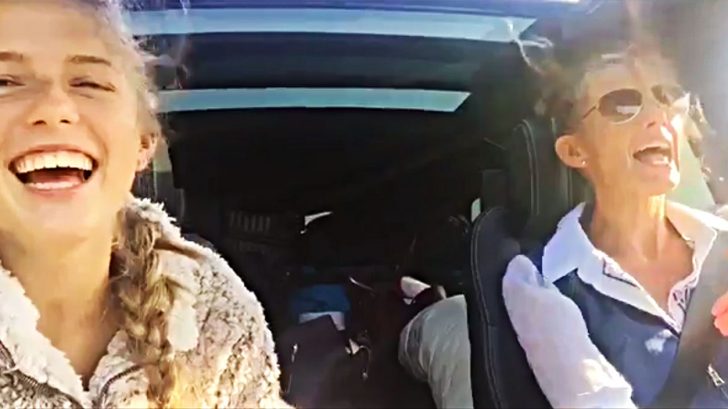 As the superstar mom takes her beloved daughter to the first year of college, they kick off the first day with their own version of ‘Carpool Karaoke’ in the most epic way!

Maggie and her new friend. ? pic.twitter.com/ABZlALWFwT

As excited as parents can be for their children to have new experiences, they also are surely going to miss the old times with their kids at home – which is exactly why Faith and Maggie are making the most of their drive to her new school! And what a better way than a sing-along car ride!!

Giving Taylor Swift a run for her money, this mother-daughter-duet takes on Swift’s hit song, “Bad Blood” and they’re obviously having a blast with huge smiles beaming from both of them!

Unfortunately, all the fun and excitement had to come to a close when both Faith and husband Tim had to say goodbye to their beautiful daughter as they dropped her off for the very first day and had to go back home without her.

Dropped our daughter off at college today. Couldn't show our faces….?.

Cheers to all the mom's and dad's who did the same this year!❤️ pic.twitter.com/7rjMrYfhpa

Watch this incredibly precious moment between Faith Hill and Maggie in the videos below!

Happy birthday to my car pool karaoke partner. 20 years today!!!!!! You are truly one of a kind. I love you so much. Your dad, sisters and I are so proud of you in every way imaginable. Happy Birthday my angel. Mom