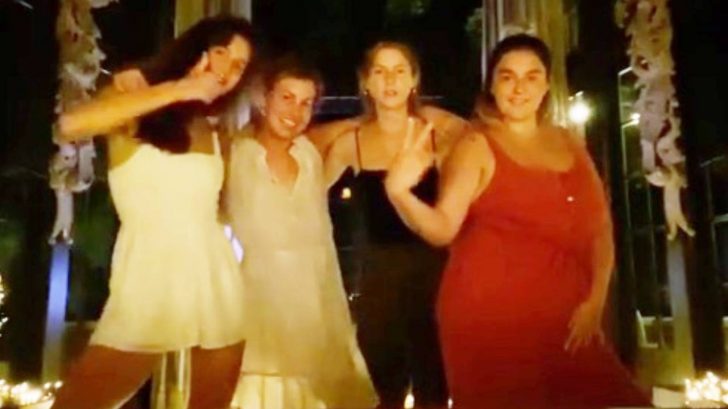 On August 21, 2020, Tim McGraw released his 16th studio album, titled Here On Earth. He announced the album’s release on social media, saying, “This album has been something we’ve been working on for quite some time…. and I think it means more today than it did yesterday.  It’s a tapestry of life, stories from the perspectives of people like you and me… together, #HEREONEARTH.”

Earlier this week, McGraw and his family – wife Faith Hill and daughters Gracie, Maggie, and Audrey – celebrated the album’s release by having their own album listening party. Hill told her 1.3 million Instagram followers that they had never listened to one of their new albums with just their daughters before.

“An unforgettable evening for what in my humble opinion is one of the greatest albums Tim has ever recorded. We listened to the double vinyl records blaring from the speakers!!!!!! A night we will never forget,” she wrote.

She also posted a video of her and McGraw dancing to his song “Damn Sure Do,” with their daughters cheering them on. Hill continued in the caption, “Here is a small clip of our special evening celebrating the man we all adore in the McGraw house of women.”

Three days later, the singer shared more videos from their album release party, this time one of her and her daughters enjoying and dancing to the song “Hard to Stay Mad At,” which was written by Luke Laird, Shane McAnally, and Lori McKenna.

“Found a few cute clips from our listening party for Tim’s new album…Fun?!!!! Crazy?!!!! We are so proud of this man,” she captioned the series of clips.

The videos included a coordinated dance between Audrey and Maggie, an Egyptian walk from Gracie, and lots of laughter between all the McGraw women.

Watch the video below, and make sure to swipe through the Instagram post to see all three slides.