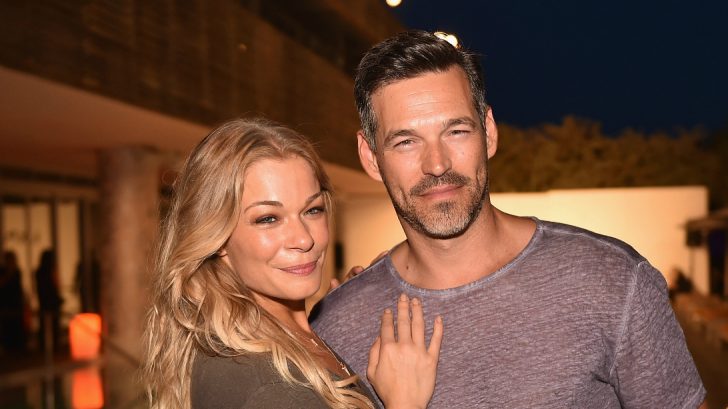 LeAnn Rimes has been making headlines since 1996 when at 13 years old her debut album Blue shot to the top of the country charts. Over the years, her music and her personal life have been the subject of media attention, but none as much as her very public feud with her current husband’s ex-wife.

Rimes first met Eddie Cibrian on the set of the made-for-tv movie, Northern Lights. At the time, Rimes was married to backup dancer Dean Sheremet and Cibrian was married to Brandi Glanville, with whom he shares two sons. Both couples ultimately divorced and Rimes and Cibrian married in 2011.

Cibrian’s ex-wife and Rimes spent years in a heated and very public feud. In a recent interview, Glanville revealed that the two have made amends, but it was a painful process.

“I did threaten to kill her one time — just once,” Glanville admitted during an interview on the Make Speidi Famous Again podcast.

“Imagine another woman holding your baby, and you walk up to see your older son’s soccer game — and this is brand-new and she’s holding your baby, who’s still a baby,” she explained. “And I walked up and I grabbed Jake so hard and said, ‘I’ll f—ing kill you if you touch my baby ever again.'”

It took nearly 10 years, but the women’s highly-publicized feud appears to be over, thanks to a lengthy conversation between the two at a recent birthday party.

“My mother-in-law, she’ll always be my mother-in-law, was sitting next to me, and LeAnn was sitting across from me, Eddie was there, the kids were all happy and we just kind of had it out about what is right, what is wrong, what’s better for the kids, and what bothered me and what bothered her. It it was hours of conversation, and it wasn’t all pleasant,” said Glanville.

She added that her sons love Rimes and she loves them.

“It’s like everyone’s happy,” Glanville said. “I think the hardest part was just her and I going at it, and now that that’s done, the kids are super happy. They’ve never been happier.”