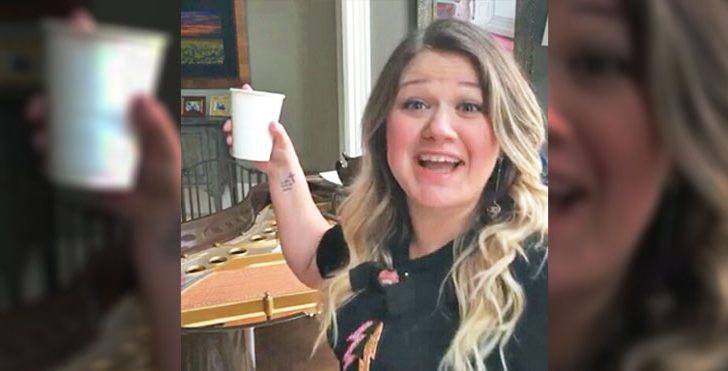 When Kelly Clarkson announced that she would be joining The Voice this season as a coach, it seemed like a no-brainer to fans. Clarkson’s husband Brandon Blackstock is Blake Shelton’s manager, so the “Love So Soft” singer was usually on set with her husband and kids anyway.

Because Blackstock is Shelton’s longtime manager, the two singers became fast friends many years ago and their friendly relationship is definitely portrayed on this season of The Voice! And since Shelton’s girlfriend Gwen Stefani also lives in Los Angeles, the four of them have gone on several double dates

Clarkson has revealed that she grew up listening to No Doubt, Stefani’s band had been a fan of hers for many years. Last fall, she revealed that she was pretty nervous to hang out with Stefani – and it seems nothing has changed, even after a few months of being friends.

In a new interview with E! News, Shelton explains that Clarkson’s freakouts over hanging out with Stefani have not gone away.

“It’s fun to be around Kelly because there’s that part of Kelly that I love about her—she’s still such a fan of artists,” he said. “One of my favorite times is to see her around Gwen…it’s fun for me to see that fan, freak-out side of Kelly. She makes everything fun.”

How fun is this?! Apparently, Kelly Clarkson and Blake Shelton go on double dates all the time! -Abby Jessen On-Air https://trib.al/jsndQui

Posted by Your Georgia Country on Tuesday, March 13, 2018

And when Clarkson freaks out, she really freaks out. Remember when she ran into Meryl Streep at the Golden Globes earlier this year?