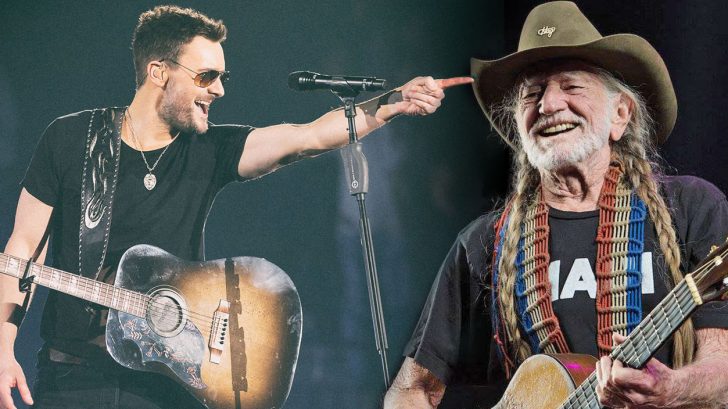 Eric Church has sure made a name for himself in the country music world. Church has more of a southern rock vibe to his music and fans can’t get enough of it. Even more, that’s what sets him apart from the rest. Just a few of Church’s influences include classic country artists such as Hank Williams Jr, Merle Haggard, and Waylon Jennings. So it was no question he was honored when asked to perform at the once-in-a-lifetime concert event for Willie Nelson.

Just ONE DAY LEFT until Willie: Life & Songs Of An American Outlaw takes over Bridgestone Arena in Nashville. Visit willieoutlaw.com for more. #WillieOutlaw

The 2019 event Willie: Life & Songs Of An American Outlaw, had one of the most unforgettable line-ups there in his honor. Several of country music’s beloved stars came together on January 12th to celebrate the career and life of Willie Nelson. Artists such as Chris Stapleton, George Strait, Jimmy Buffett, Kris Kristofferson, and Vince Gill all took the stage. Amongst the long lists of talents was the outlaw country star himself, Eric Church.

Church took the stage to do his own rendition of Nelson’s “Me and Paul.” He took the stage with just his guitar for one impressive cover. As his raspy vocals lead the first verse, his energy increased and the crowd went wild with support. His unmatched guitar skills on top of his unique voice set the tone for the night.

As he finished his performance, the crowd applauded him with a standing ovation.

“Me and Paul” is off of Nelson’s 32nd studio album, Me & Paul. Turns out, Paul is, in fact, a real person as well. The titular character refers to his long-term drummer, Paul English, who actually passed away in. The song tells the story of the travels him and Paul endured together.

“And at the airport in Milwaukee, they refused to let us board the plane at all. They said we looked suspicious, but I believe they like to pick on me and Paul.”

Check out Eric Church’s awesome rendition of “Me and Paul” below.