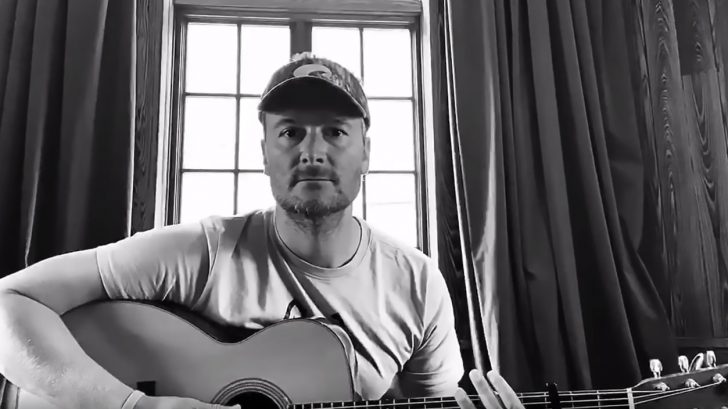 Few people will ever argue that John Prine was one of the biggest influencers country music has ever had. On April 7th, 2020, the world was shook with the news of his death. The 73-year-old had succumbed to complications resulting from coronavirus.

Prine was responsible for a great number of radio hits and the impact he had on other artists will forever be a part of his legacy. One artist, who is forever changed by Prine, is well-known country performer, Eric Church.

Just one day prior to Prine’s passing, Church had done a video for ACM Presents: Our Country, where he debuted his new song called “Never Break Heart.”

The message of the song is well-fitting for these troubling times. In Church’s own words the song is about reminding people,

Church was so moved by Prine’s passing that he decided to cover his song, “Long Monday” and post it to his YouTube channel. At the beginning of the video, Church makes a statement.

“We lost one of my all time favorites…a man that taught me how to write songs.”

As you watch the video, you can really sense the emotion coming through the camera. It’s clear to see how much Prine meant to him. Church ends the video by saying,

“I love you John Prine, thank you.”

Enjoy the video of Church’s beautiful tribute to Prine below.