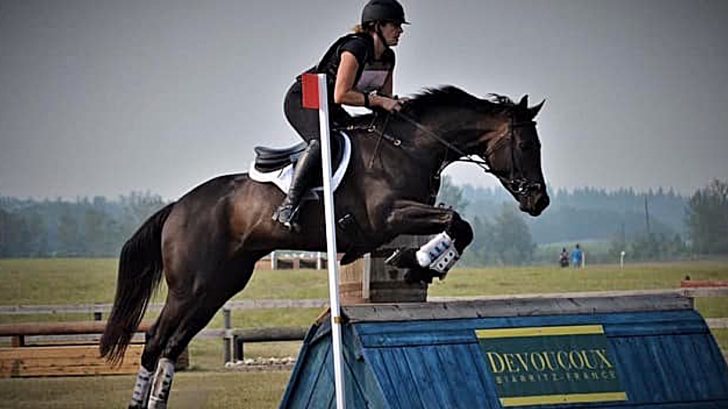 33-year-old Katharine Morel from Alberta, Canada, and her horse Kerry On died during a competition on Saturday (Feb 29) when the horse somersaulted into the air and landed on its back.

They were competing in a competition called the Rocking Horse Winter III Horse Trials in Altoona, Florida and Katherine was riding the eight-year-old Thoroughbred when it was making its way towards a jump it had done a thousand times.

As it approached the jump the horse for some reason leaped straight into the air doing what’s called a “rotational fall” and landed on its back with Katharine on it. The weight of the horse slammed down hard on Katharine and the impact was so powerful that it actually killed Kerry On not long after the fall.

Katharine was immediately taken to the Waterman Hospital in Tavares by Lake County Emergency Medical Services but, unfortunately, she didn’t make it much longer there and passed away that day.

“Today, the equestrian industry lost not just an exceptional athlete, but an exceptional person, as well as the horse she loved,” James Hood, a director at Equestrian Canada said. “On behalf of EC, I extend our sincere and heartfelt condolences to the friends and family of Katharine, as well as to the entire team who surrounded Kerry On.”

It’s a tragic event and our thoughts and prayers are with Katharine’s family and friends.