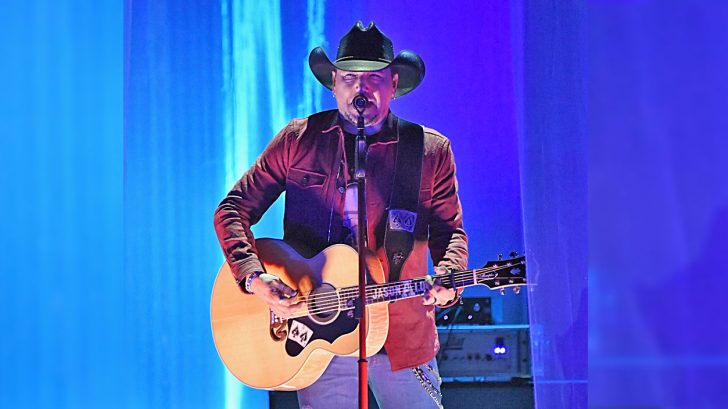 Jason Aldean took the 2018 CMT Music Awards by storm with an emotional performance of his and Miranda Lambert’s collaborative single, ”Drowns the Whiskey.”

Aldean recently released ”Drowns the Whiskey” as a single off his latest album Rearview Town, asking the country songstress to lend her voice to the emotional track.

“We’ve come up in the business together, toured together a lot early on in my career, and we’ve always been friends, so I wanted to do something with her on this record,” Aldean shared in previous interview with Rolling Stone Country. ” “The thing about her is she’s a great singer, but she’s also a great harmony singer. She doesn’t necessarily sing the harmonies technically right, which is cool. She doesn’t do it perfect, but she does it stylistically in a way that it just sounds great. On this [song], we cranked her up where it’s pretty in your face. We wanted it to be apparent that she was on the song.”

Aldean was amongst the top artists leading the night’s nominations, the country singer tying with Florida Georgia Line and Carrie Underwood for top nominations with each artist raking in an impressive four nominations.

You can watch Aldean’s emotional duet of ”Drowns the Whiskey” below.