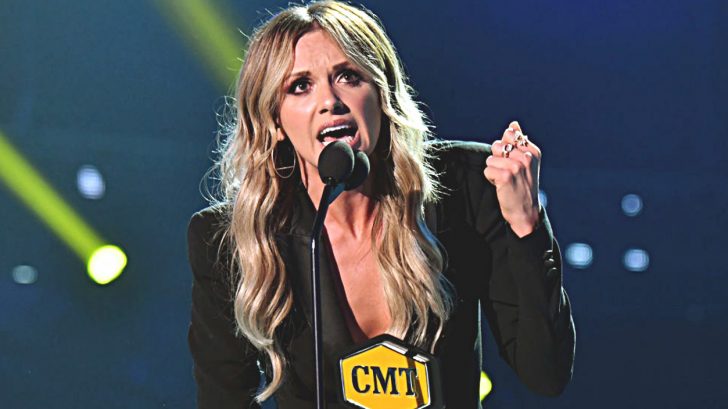 Emotions often run high whenever a country artist wins at one of the year’s many awards shows. No matter how big or how prestigious, every award matters to the artists.

At the CMT Music Awards, there is perhaps no award more meaningful than the Breakthrough Video of the Year award. Every year, the award is issued to a music video that helped place its artist on the map over the course of the past year.

While not all artists nominated in the category are “newcomers,” many of them are. So oftentimes, the person who wins the Breakthrough Video of the Year award walks home with the first, or one of the first awards of their career.

Because of the weight attached to a Breakthrough Video of the Year win, we’ve often seen tears roll whenever the winning artist is handed the trophy. If you think back to 2017, you’ll remember just how emotional Lauren Alaina was when she accepted the award.

So it only made sense that Alaina was on hand to present that same award to a new artist during the 2018 ceremony. After reading off all of the nominees, Alaina revealed that Carly Pearce had won with her video for “Every Little Thing.”

Directed by Patrick Tracy, the music video for “Every Little Thing” has accumulated over 19 million views on YouTube since its release. If you’ve seen the video, you know that it perfectly captures the pain and heartache in the song Pearce wrote about about a breakup.

Pearce was understandably emotional when she went on stage to accept her award. With tears in her eyes, she thanked a whole host of people for helping her reach such a milestone in her career.

Then, she stopped and said something that left everyone in the audience yelling like wild.

“To the guy that broke my heart, thank you!” she cheered.

Now that’s one way to get over heartache! You can watch Pearce’s emotion-packed acceptance speech for Breakthrough Video of the Year in the clip below. Congratulations to her on her big win!