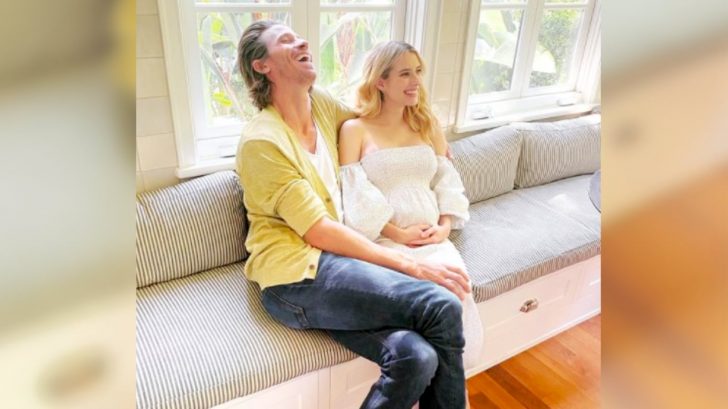 Back in August, actress Emma Roberts announced she was expecting her first child with boyfriend and fellow actor Garrett Hedlund. Their fans were so excited to hear the news!

Emma shared her pregnancy news via a post on Instagram. The post included three pictures of her cradling her baby bump, and Garrett appeared in two of them.

The actress also used her post to announce that she and Garrett were expecting a baby boy. She captioned the pictures, “Me…and my two favorite guys,” and included two blue heart emojis.

Emma is one of the most recognizable actresses in the world, known for her roles in films and TV series such as Aquamarine, American Horror Story, and Scream Queens. She is also the niece of Julia Roberts, the star of films such as Steel Magnolias and Pretty Woman.

As for Garrett, country music fans know him as the actor who played Beau Hutton in the 2010 film Country Strong. Garrett starred alongside Tim McGraw, Gwyneth Paltrow, and Leighton Meester in the movie.

Garrett maintains a fairly low profile on social media. But Emma has continued to share new baby bump photos every now and then.

E! News confirmed that Emma had given birth to her and Garrett’s son. There are currently no photos of the newborn.

TMZ reports that Emma and Garrett named their son Rhodes, though this has not been officially confirmed.

Join us in congratulating Emma and Garrett on their new arrival! We hope mom and baby are doing well.