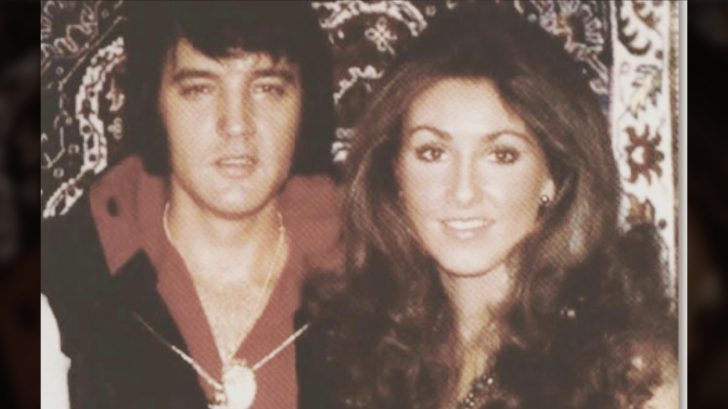 After Elvis Presley and Priscilla separated in 1972, Linda Thompson moved in with the King of Rock and Roll and was the leading lady in his life for the next few years.

While they were together, Thompson traveled all over with him, jet-setting in his plane he named after his beloved daughter Lisa Marie Presley.

Fabulous Flashback Friday- one of the hundreds of times boarding the Lisa Marie – “When all are one and one is all To be a rock and not to roll And she's buying the stairway to heaven” ??

After their relationship ended in 1976, and Presley’s untimely death in 1977, Thompson rose to prominence as a songwriter and lyricist. She’s had a hand in writing Kenny Rogers’ “Our Perfect Song,” Celine Dion’s “Miracle,” “Drowning” by the Backstreet Boys, and “To Where You Are” by Josh Groban – to name a few.

Her most famous work came when she and second husband David Foster teamed up to write several songs for the screen together including “No Explanation” for the movie Pretty Woman and “I Have Nothing” for the Whitney Houston film The Bodyguard, which earned them an Academy Award and Grammy Award nods. They also wrote “Grown Up Christmas List” together.

It seems that even before her career as a songwriter began, she had caught the music bug and the world didn’t even know! In this rare recording, Presley and Thompson can be heard harmonizing through a sweet song called “Your Life Has Just Begun.”

Several different YouTube videos describe this recording as being taken in 1973, but a list of songs Presley recorded throughout his lifetime does not include this song title.

Listen to the sweet harmonies in the video below. It truly is a raw recording, beginning with random strums of guitars and people talking. It’s almost as if their duet was completely unplanned. At one point, the phone even rings and they continue singing!

While Thompson went on to find fame, love, and start a family of her own, we’re sure she has treasured this moment with Presley for her entire life!