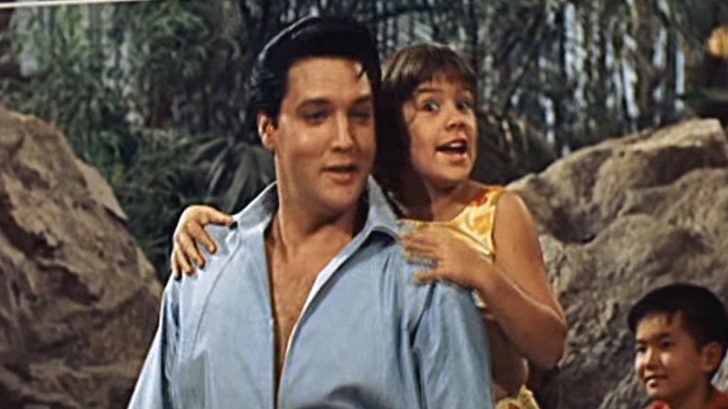 Although Donna Butterworth’s acting career was short, she still managed to place her name in history. A Philadelphia native, Butterworth moved to Hawaii with her family when she was only three years old. Just seven years later, she would star in a famous movie set and named after her home state.

That movie was Paradise, Hawaiian Style, whose lead star was Elvis Presley. Butterworth played a little girl named Jan Kohana in the film, and sang a total of three songs.

One of those songs was a duet with Presley, titled “Queen Wahine’s Papaya.” At the end of the song, Presley wrapped Butterworth in a hug, creating a touching moment that stuck out to all who watched the movie.

Later, Butterworth starred in a film with another major star…Jerry Lewis. That film was The Family Jewels, in which Buttworth played a little girl named Donna Peyton. After inheriting $30 million, young Peyton was left to decide which of her six uncles she wanted to be her guardian.

All of the uncles in The Family Jewels were played by Lewis, who also wrote, directed, and produced the film.

Butterworth’s performance in The Family Jewels was highly praised, and earned her a Golden Globe nomination. After acting in that film and Paradise, Hawaiian Style, Butterworth appeared in Walt Disney’s Wonderful World of Color. It was the last role she ever had.

While Butterworth only acted for a few years, her roles were memorable ones. Sadly, those roles are all we have left of her, as she passed away on March 6.

The news of Butterworth’s death was confirmed by Guadalupe Erece Jr., the funeral director at Dodo Mortuary and Crematory in an interview with The Hollywood Reporter. According to the publication, Butterworth passed away at the Hilo Medical Center in Hilo, Hawaii on March 6 after battling a long illness. She was 62 years old.

Butterworth’s survivors include her mother, Isabella and her brother, William. Our prayers go out to them during this sad time.