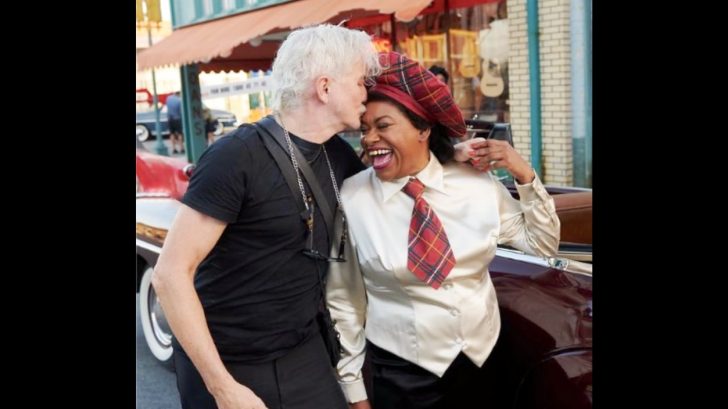 Shonka Dukureh had the honor of playing R&B legend Big Mama Thornton in the new Elvis movie. Thornton was known as the original artist to record “Hound Dog,” which Elvis Presley later covered.

Dukureh performed “Hound Dog” as Thornton in the Elvis movie. Her rendition of the song is also included on the film’s official soundtrack.

Sadly, on Thursday (July 21), one of Dukureh’s young children found her unresponsive in the bedroom of her Nashville apartment. The child went to a neighbor for help, and 911 was called at 9:27 AM.

Dukureh was pronounced dead at the age of 44.

“No foul play is evident in today’s death of actress Shonka Dukureh, 44, who portrayed Big Mama Thornton in this year’s Elvis movie,” the Metro Nashville PD shared in a statement on Twitter. “Dukureh, a Fisk Univ graduate, was found dead in the bedroom of her Kothe Way apt that she shared with her 2 young children.”

BREAKING: No foul play is evident in today's death of actress Shonka Dukureh, 44, who portrayed Big Mama Thornton in this year's Elvis movie. Dukureh, a Fisk Univ graduate, was found dead in the bedroom of her Kothe Way apt that she shared with her 2 young children.

Baz Luhrmann, who directed Elvis, shared an emotional post on social media when he learned about Dukureh’s death. He said:

“A special light went out today and all of the Elvis movie family are heartbroken by the loss of Shonka Dukureh. From the moment she came into our world, Shonka brought joy, spirit and of course her voice and her music. Whenever she was on set, on stage or even just in the room, everyone always felt uplifted.“

Luhrmann was happy to see Dukureh’s talent was being recognized around the world. He said everyone who worked on Elvis was lucky to get to be around her:

“A favorite word of Shonka’s, in daily use, was ‘blessings,’ and I, along with the entire Elvis cast, crew and musical collaborators, feel truly blessed to have had time with her. We send all our love and support to Shonka’s children and family at this time,” he wrote.

You can read Luhrmann’s full tribute to Dukureh below. May she rest in peace.