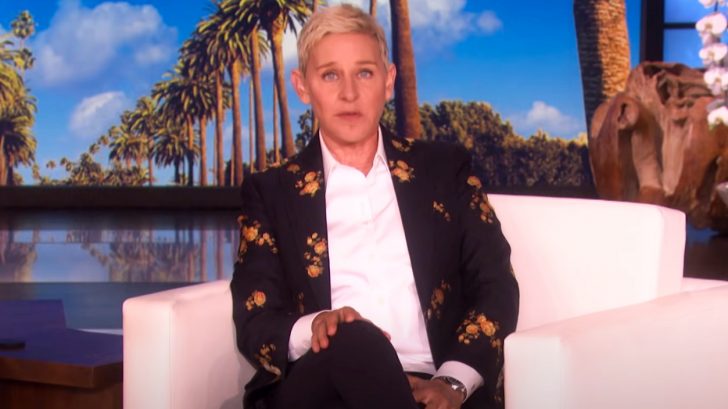 In an abrupt turn of events, the longstanding daytime talk show host has announced that she is ending her famous show after its 19th season.

Since 2003, The Ellen DeGeneres Show has entertained audiences across the world with family-friendly comedy, antics, guests, and giveaways that were intended to help make the world a better place. Now, Ellen has chosen to shut it all down.

Happy birthday, @Adele❤️ I love you a whole lot. pic.twitter.com/cNz4n1HlOE

Some of Ellen’s beloved guests (and most popular among fans) were country singers like Blake Shelton, Kellie Pickler, and pop culture icons like Simon Cowell along with world-famous artists like Adele.

Often, Ellen would have them help her with various hijinks played on the unsuspecting public or treat them to a hilarious game of wit, and even in some cases, the guests themselves were the sole source of entertainment. (Just take Kellie Pickler’s always-funny personality in the video below about her husband’s snoring for example!)

According to The Hollywood Reporter, Ellen will end the show in 2022 after the 19th season wraps up. The outlet reports that the comedienne has found the show less challenging recently and that has played a significant role in her choice to cancel it.

“When you’re a creative person, you constantly need to be challenged – and as great as this show is, and as fun as it is, it’s just not a challenge anymore,” she told The Hollywood Reporter.

Ellen and her show came under fire after a news article published in July 2020 revealed accusations from several employees (both former and current) stating that the workplace culture was often toxic and filled with racism, micro-aggressions, and harassment. Following this, Ellen vowed to investigate the claims and make sweeping changes to ensure that the culture was changed. Three executives were later fired.

Ellen maintains that the controversy surrounding the workplace environment has no bearing on her decision to end the show.

Watch Ellen and Blake Shelton play one of her wild made-up games in the video below.