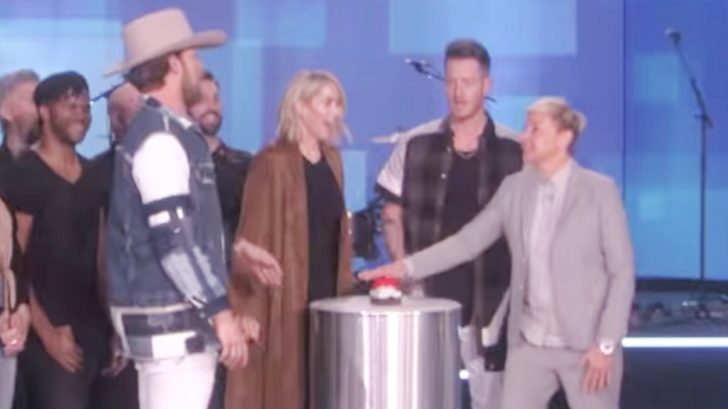 A little over a year after welcoming their first child, a daughter named Olivia Rose, this country music couple announced that they are pregnant with baby #2!

On February 10, Tyler Hubbard, from award-winning duo Florida Georgia Line, and his wife Hayley revealed they were expecting while walking the red carpet at Clive Davis’ famous pre-Grammy party.

“The Hubbard family is growing. We are excited to share that little nugget #2 is on the way. We are so thankful and can’t wait to see Olivia be a big sister. What do y’all think…. boy or girl?” the singer wrote on Instagram.

The second photo in the post shows Olivia, who celebrated her first birthday on December 23, sitting adorably in the snow next to a sign that reads, “Only child expiring August 19, 2019! I’m going to be a big sister!”

Make sure to swipe to see it!

The Hubbard family is growing. We are excited to share that little nugget #2 is on the way. We are so thankful and can’t wait to see Olivia be a big sister. What do y’all think…. boy or girl? [email protected] / @bauergriffin / @Getty entertainment

About a week after announcing the exciting news, the duo stopped by The Ellen Show to promote their latest album Can’t Say I Ain’t Country. Ellen brought up the pregnancy announcement and Tyler said how excited he and his wife are, and will be finding out the gender on Friday.

Well, Ellen had other plans and actually surprised Tyler and his wife Hayley with a gender reveal right then and there!

Each guessed what the baby will be, both thinking boy, but Hayley admitted, “Because I think it’s a boy, it’s probably a girl,” and Tyler revealed to the talk show host they had good reason to think that – it actually happened!

In June 2017, Tyler and Hayley had a gender reveal party where they, and all their guests, found out they were going to be having a boy.

Dirt bikes or diamonds? ….. dirt bikes it is everybody. We can't believe our first baby is a boy and just incase y'all were wondering this is my #currentmood Thanks @kaileydickerson for the ?

Two months later, they found out the blood test Hayley took was wrong and the baby was actually a girl!

Gods got jokes……After thinking we are having a boy for the last few months, turns out the blood test was wrong and we're actually having a little girl. Woe… so many emotions but really really excited about this next chapter even if God does like throwing us a curve ball every now and then. Just keeping us on our toes. #daddysgirl

Ellen and Tyler’s bandmate Brian Kelley pressed a large red button that revealed the gender of the baby with confetti cannons and a huge image behind them.

Tyler and his wife embraced after finding out the gender of their second child, and thanked Ellen, saying, “This was so unexpected!”

Watch the gender reveal below to find out if the Hubbards are having a girl or a boy.