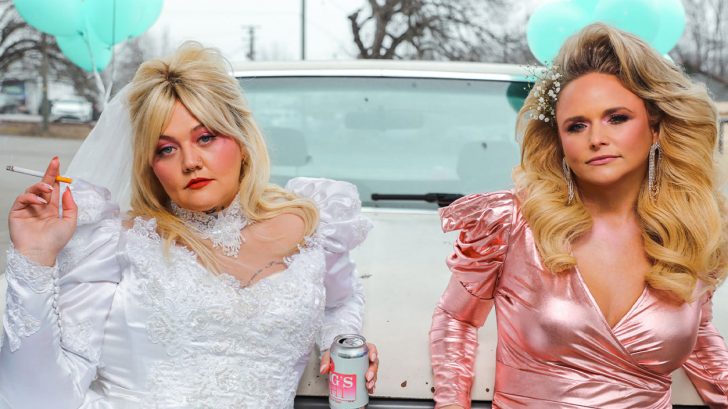 Elle King and Miranda Lambert have joined forces to release their power anthem “Drunk (And I Don’t Want To Go Home.)”  The party anthem is all about drinking and even has a hilarious music video where the two of them get drunk at a wedding.

Both King and Lambert are former tourmates and in a recent interview with Cody Alan, King revealed what it’s like working with the country artist and what a night out is like.

“We don’t go “out,” out in public,” King explained. “We’ve only kind of been on tour, but she brings a literal bar that is a trailer everywhere with her.”

Of course, King is referring to Lambert’s1955 Airstream, which she converted into a mobile bar and affectionately named “Wanda the Wanderer.”

King went on to describe life on the road with Lambert:

“Miranda, ya know, is just a normal person. Everybody is away from their family and friends, so she wants to have a good time, and she sets the greatest tone for an entire tour,” Elle says. “So, I am always the first at the bar after the show. You know, anytime my family came out, Miranda would always come and sit, and the drunker you are, the more she loved ya.”

Watch the interview in the video below.